Why I Take Photographs 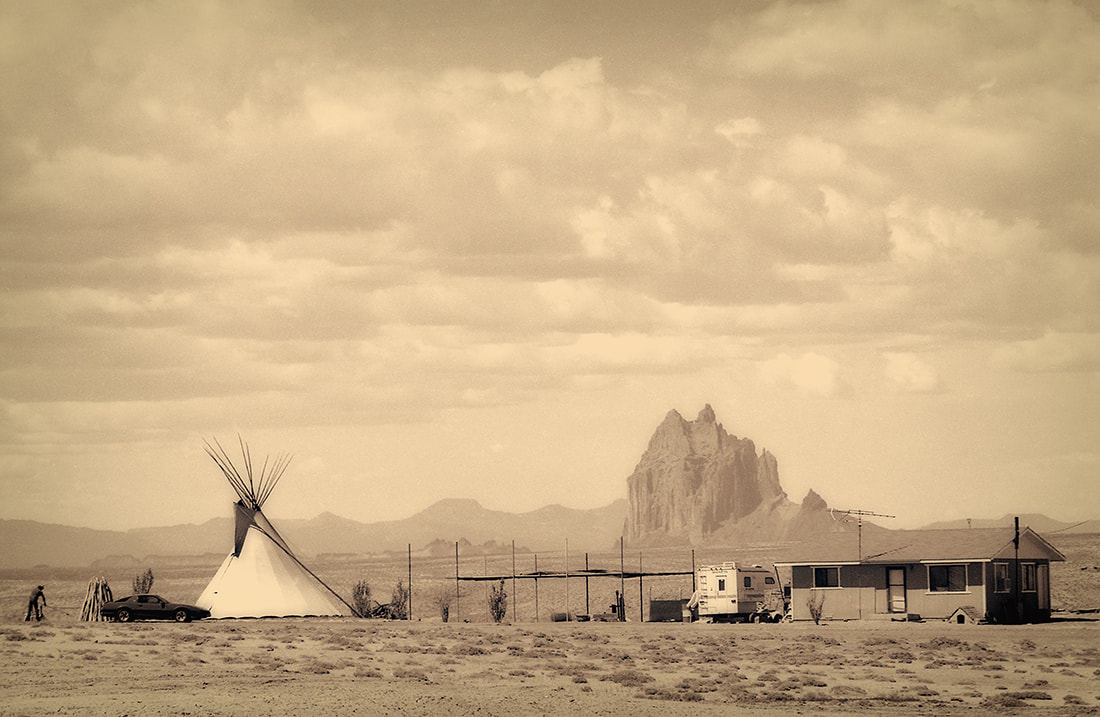 I've often wondered why I take photographs. It’s almost as if I am compelled to take them. That I have no choice. I know a lot of photographers say something similar, but I only can speak for myself when I say it’s true. That sound of the shutter going off is like music to my ears. The anticipation of seeing if you captured something that day that is more than successful but it special, capturing, as Henri Cartier Breton would say, “The decisive moment.”

I thought it might have something to do with my father always having a still camera or a movie camera in his hands as I was growing up. He took snapshops all the time, and loved making 8mm movies.

Or it could have been stories told by my mother about the photo class she took in high school in Loa Angeles, Calif., where they made a pinhole camera and developed the film and contact printed the images. She made the darkroom process sound magical.

But those are long ago memories. I'm talking about right now, why do I have this fascination with taking photographs.

It's almost like stalking and capturing an elusive prey.

Like the photograph of the elderly couple staring in wonder at the model in San Francisco.

It's one of my favorite street photographs, and it epitomizes what "prey" I am hunting for and hoping to capture.

I look at that image and it's very satisfying to me. I often look at a photo that I like, but there is often something I wish was slightly different. In the case of the elderly couple and the model, it just works for me. The aloof, sophisticated look of the model contrasted with the countrified appearance of the older couple. Combine that contrast with the couple's look of awe or wonder, and it works.

There's another photo I'm really fond of. It's three teens practicing basketball at Ohkay Owingeh Pueblo near Española, New Mexico. One player has just shot and the basketball is at the peak of its arch, heading toward the basket. The other two players watch intently. The sun was just going down as I stopped to take photos and it is shining through the trees in the background. Again, there isn't anything I would change in this image.

I think those two examples point out what attracts me to photography and keeps me taking photographs. It's the capturing of a certain moment in time, at precisely the right time. A little longer and the basketball would have not been at its apex. A minute more and the elderly couple might have turned away for some reason.

And perhaps it's that "roll the dice" aspect that also binds me to this craft. If I hadn't stopped in Ohkay Owingeh Pueblo when I saw the basketball players, or if I had waited a bit too long and the sun had set, or if I hadn't happened to walk through that Plaza near North Beach at that particular time when the model and the elderly couple happened to cross paths… It's cosmic, or roll the dice or what have you, but that uncertainly adds a spice to a photographic adventure.

As I have gotten older, I've come to realize that the images I strive for the most are the ones that show ordinary things in a unique manner. I like that the basketball shot is a good example of life in Northern New Mexico. And the model and the couple photo exemplifies my love of people watching. There is a constant theater going on all around us and, if I cam observant enough, and quick enough with my camera, I can sometimes capture some of the interesting "scenes" going on around me.

You know, if you had to show just 10 photos to someone to show them what your work is like in a nutshell, which 10 would you choose. Ten images that, visually, might explain to people why you take photographs.

For me it's an ongoing project. There are some photos I think are automatically in the "Ten" and others serve as possible candidates. The ones that are possibles are also ones that, as I come across other possibles, they might interchange with previous possibles to rise to the top ten. So it's an ongoing, changing or morphing, series of ten images that I feel, at least at the time I am looking at them, evocative of the images I feel explain visually who I am as a photographer.

A good example is the Navajo house and hogan with Shiprock in the background. I like photographs that have a dichotomy to them, a yin/yang aspect of feel. A lot of my photographs have this. In this photo I really like the Traditional vs Contemporary —  traditional: tipi vs contemporary: the RV and Corvette. The iconic Shiprock formation in classic Southwest, adding to the ambiance. The scene is reminiscent of one of John Ford’s westerns, but set in a modern-day setting instead of the old west.

Another example is the photo from the 1970s taken in San Francisco of the elderly couple staring, it looks like in disbelief, at the young model. The contrast of old and new and their clothing styles, along with the look of astonishment echoed on both faces of the couple made it work for me.

I have photographed long enough that I am confident I’ll bring back a usual image for the client I’m shooting for, but it is those rare images like Ohkay Owingeh basketball, the old couple with the model in San Francisco and the Native American home and Shiprock that make an assignment or simply a day out photographing worthwhile for me.

Unlike many photographers, I don’t look at the screen on the back of my camera to ascertain if I captured a photo. I always wait until I get to a computer where the screen is large enough to see if the image is truly sharp. At that point I know how successful I was that day.

I was speaking with a Mennonite woman and she asked me about my reason for taking photos. I told her that when I missed an opportunity that I felt was really compelling, something inside me was lost. When I captured one of those splendid moments, such as the basketball players at Ohkay Owingeh Pueblo, it was almost as if my psyche was being replenished. 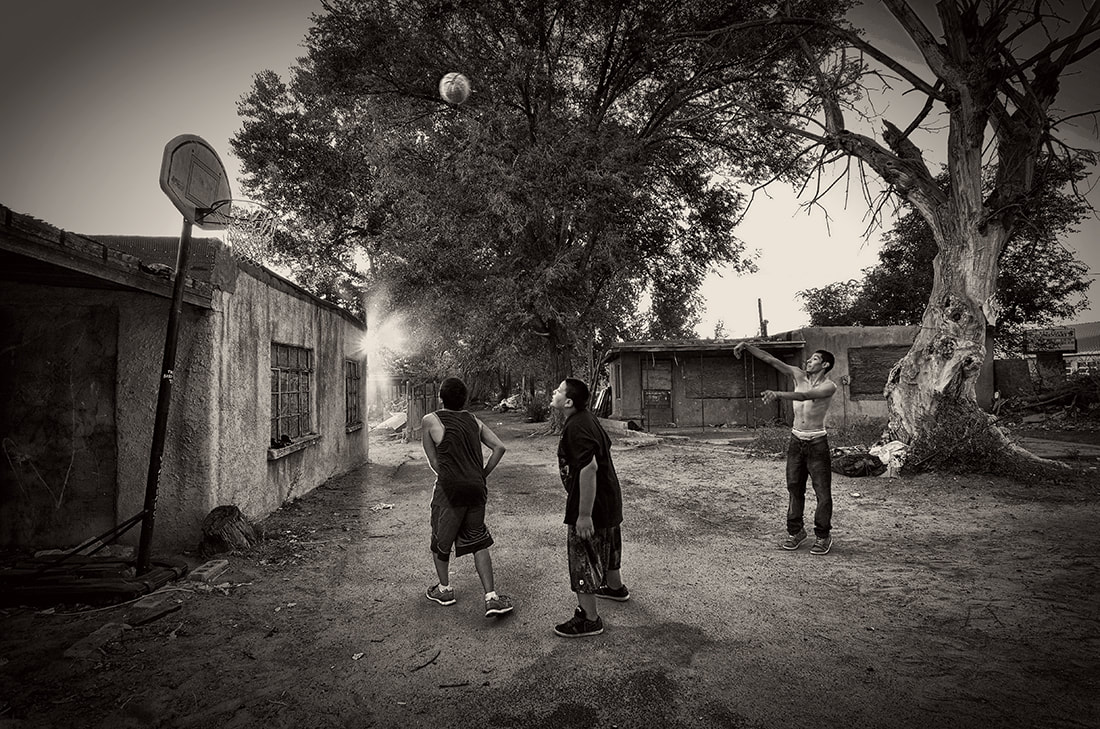 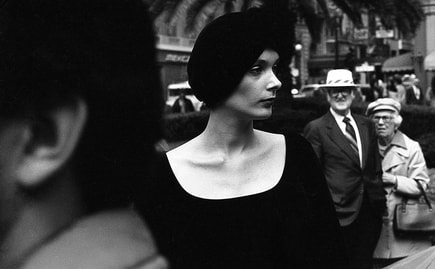 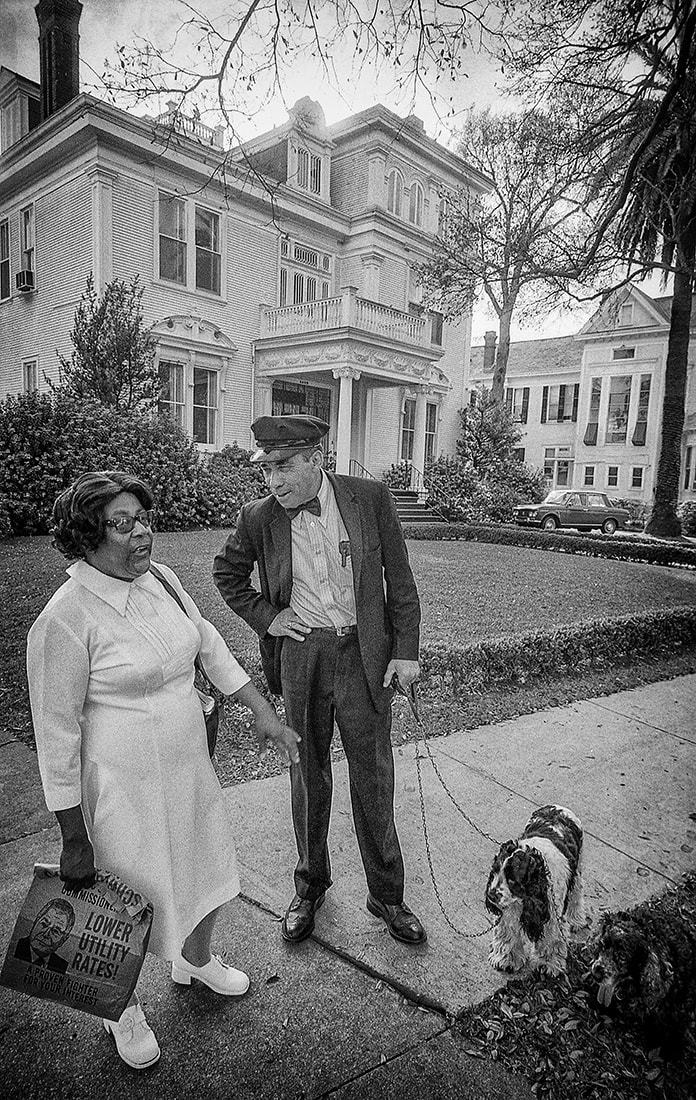