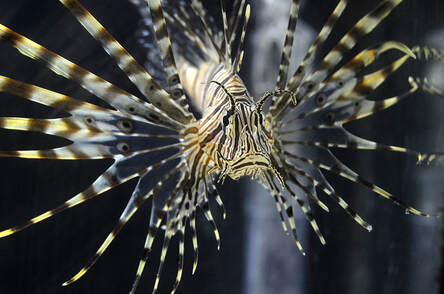 Volitans lion fish
A few years back, my son and a friend opened a pet store. It provided me with some interesting photo subjects, although there are some obstacles that are inherent when photographing animals in cages and aquariums.

The aquariums provide barriers and keep the photographer at a certain distance. You can get close but no closer. And with store walls behind sometimes showing, or heaters in the water, you have objects that you may not want to include in your composition but find hard to exclude.

But those extenuating factors are one of the things that appealed to me, providing a bit of a challenge at times.

One of his favorite shots, because it reminds me of diving in the Pacific or the Caribbean, is  of the Volitans lion fish. He says it reminds me, for some reason, of kabuki dancers I saw while visiting Japan. And although I really like that particular photograph, it brings up one of the challenges  mentioned earlier. Behind the fish a light tubular object is visible and although out of focus, draws the viewer’s attention away from the lion fish.

Although I find myself complaining about things like the above in with the lion fish photo, there were many times while diving in the ocean where I would get a dramatic shot of a fish and have an unwanted compositional aspect in the frame: a rusted boat hull or pier legs, so I guess I shouldn’t complain too much. If the photo works, then I’m generally happy.

Another one of my favorites is the photo of a small, tubular looking fish called a bar goby. There is another fish in the background, which I think is a damsel.

When you photograph things like reptiles or fish, you find yourself anthropomorphizing them. You give them emotions that they may not have, but ones that you feel fit their expressions. And again, saying they have expressions might not be quite accurate since a downward slope to a mouth of a fish doesn’t necessarily mean he’s unhappy, but I couldn’t help but smile when I saw this "sad" or "depressed" bar goby as he passed in front of my lens.

I like the one of the bar goby because the three fish in the composition almost appear as if they are suspended against the black background, which makes it look more like they could be in open water instead of an aquarium.

Although I’m just playing around with these photographs — enjoying myself — one of the things I try to do is make my subjects look, through selective composition and post processing, like they are in their natural habitat as much as I can. Take, for instance, the shot of the Pac-Man or Argentine horned frog. I was able to focus close enough that the floor covering in his cage looked something similar to the floor of a jungle or perhaps a rain forest. I’m not sure where these frogs originate, but their colors are amazing and, at least with this one, I felt it look almost as if I had stumbled upon him during a hike somewhere as opposed to finding him inside a pet store in Santa Fe, and when I do that I’m pretty happy with the result.

I also had a lot of fun photographing the tokay geckos. There wasn’t any way I could make them appear as if they were in the wild since they were constantly "stuck" to the glass of the terrariums, but even with that handicap I liked what I saw in the final images.

Oftentimes a photographer will go into a situation with a preconceived idea, and by having this preconceived idea will ignore some situations that make successful images. Case in point is the shot of the tokay gecko clinging to the glass upside down. If I were absolutely stuck on making these photographs look like they were in the wild, I would have passed right by this amazing fellow, but as I passed by, on the side of the glass that showed his underside and the pads on his feet seemingly stuck to the glass, I was captivated. And then when I rounded the corner and came up close and personal, and saw the slit in his eye, which reminded me of some alien creature, I knew that I had the ingredients for a strong photograph, and that’s always satisfying to a photographer. 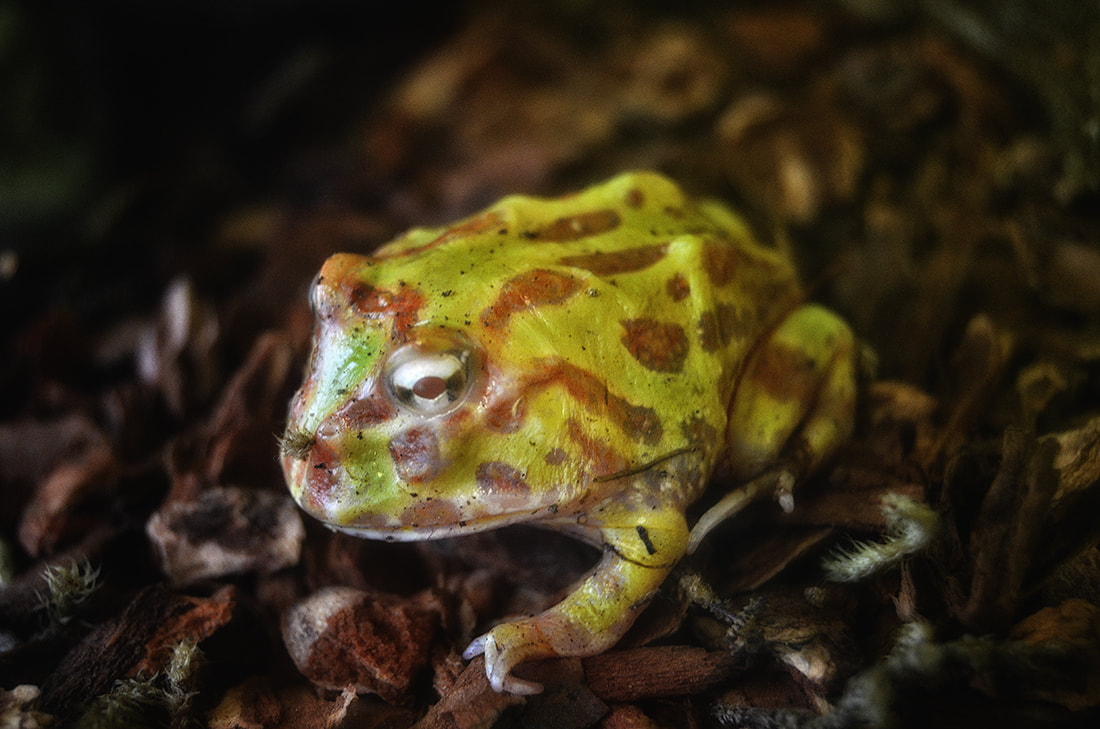 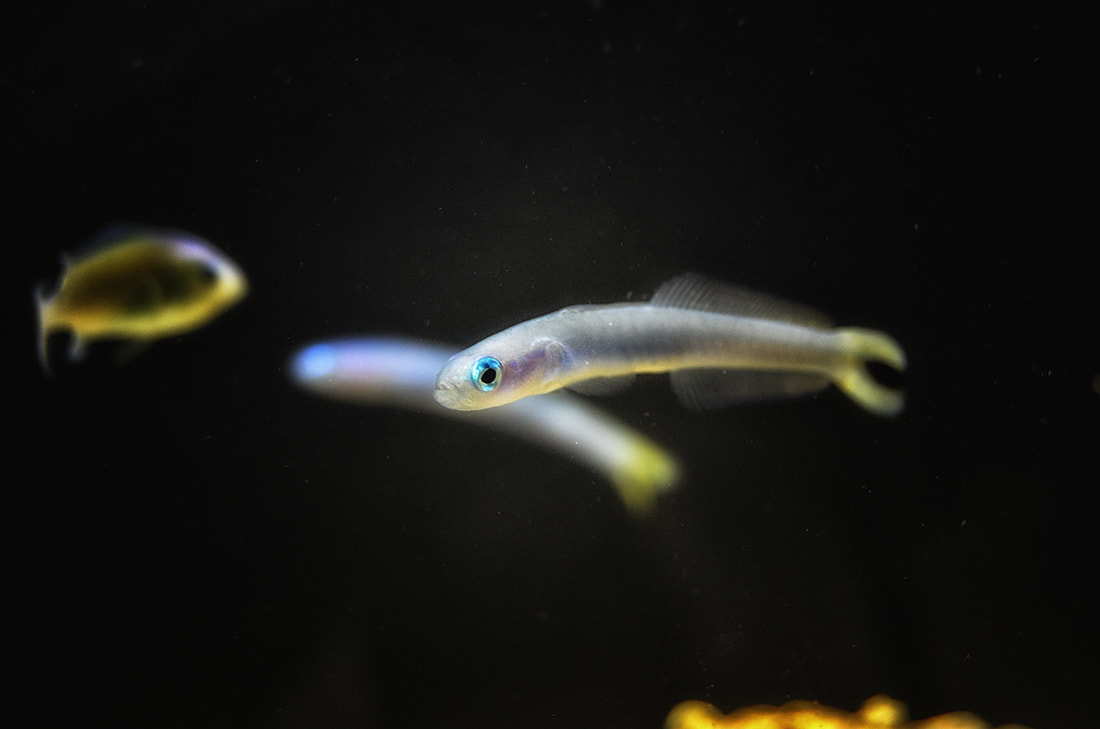 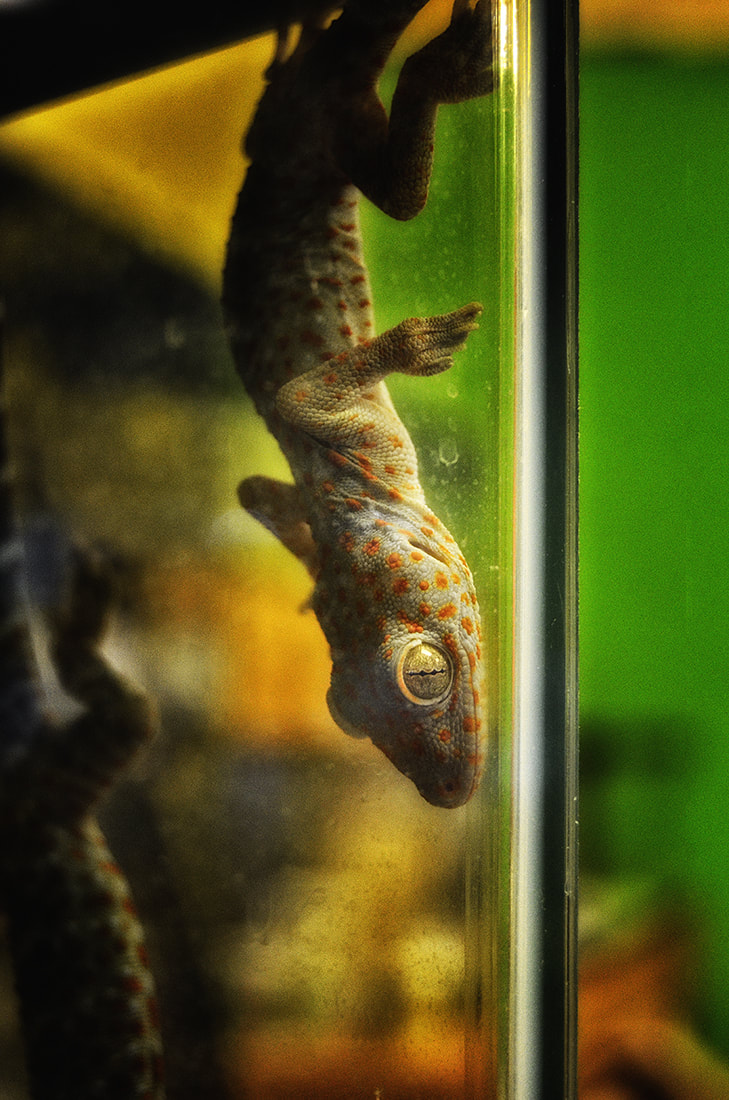 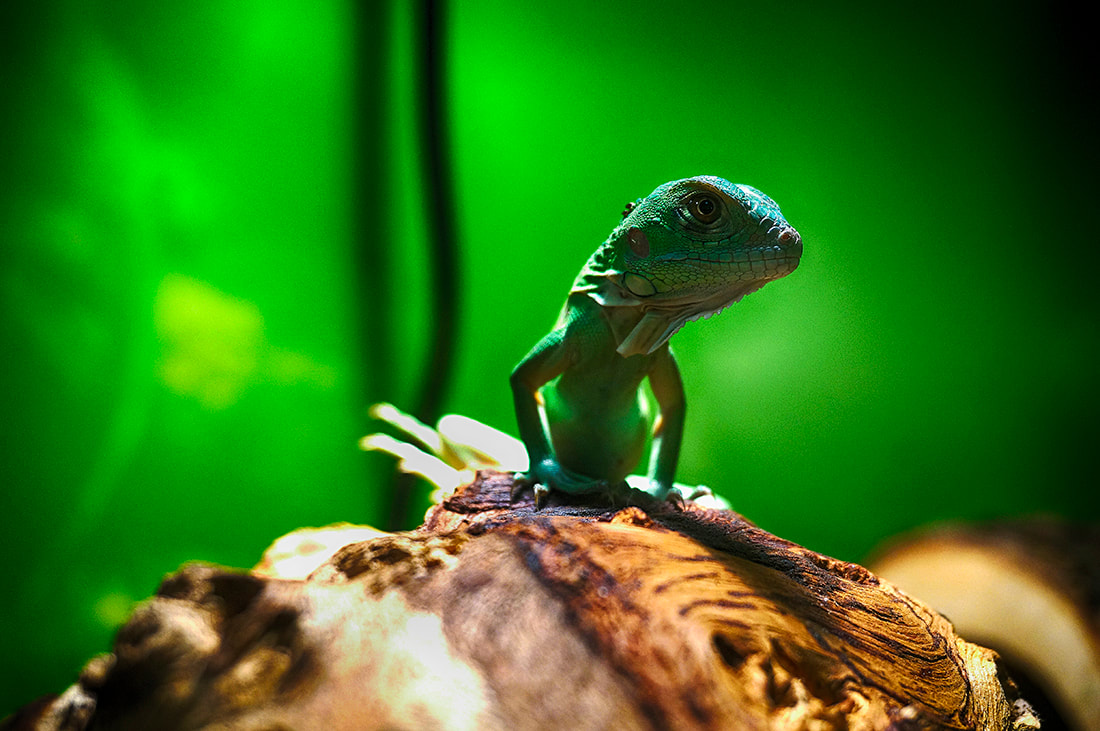 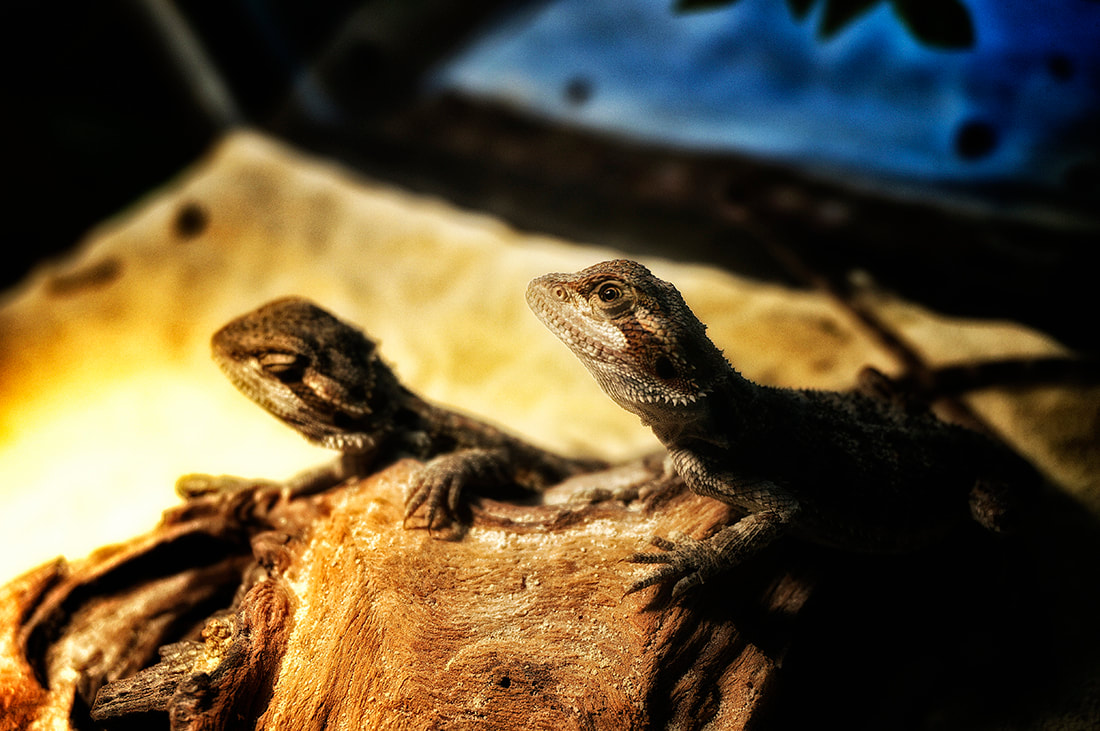 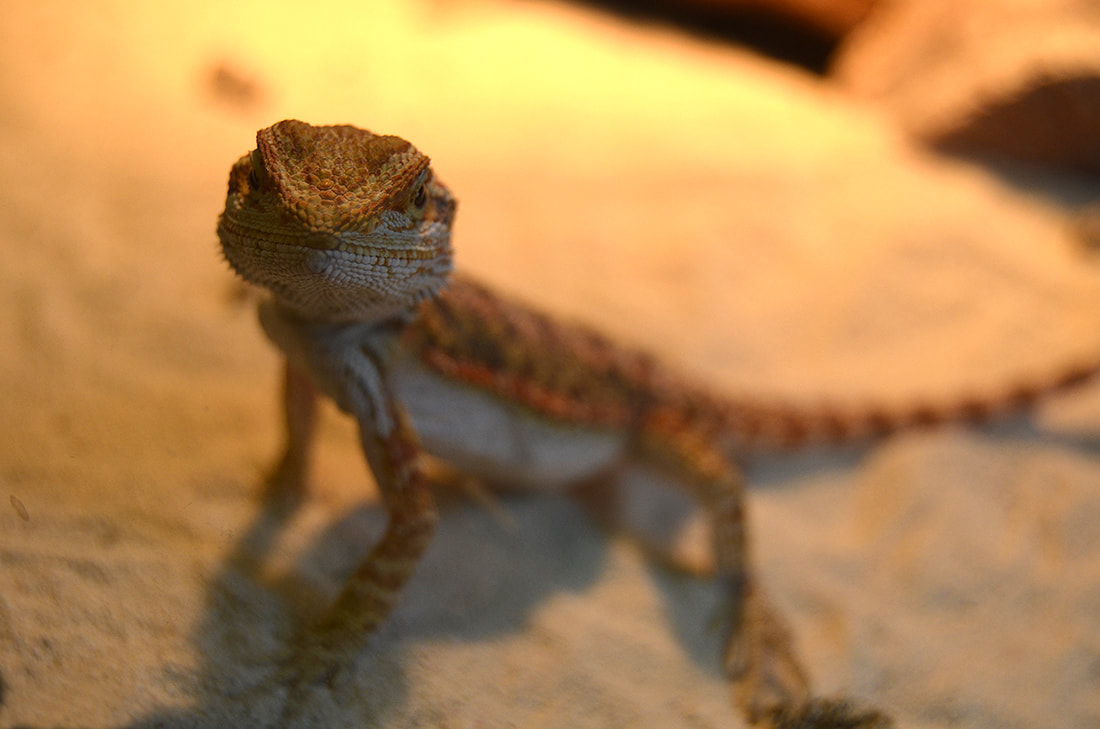 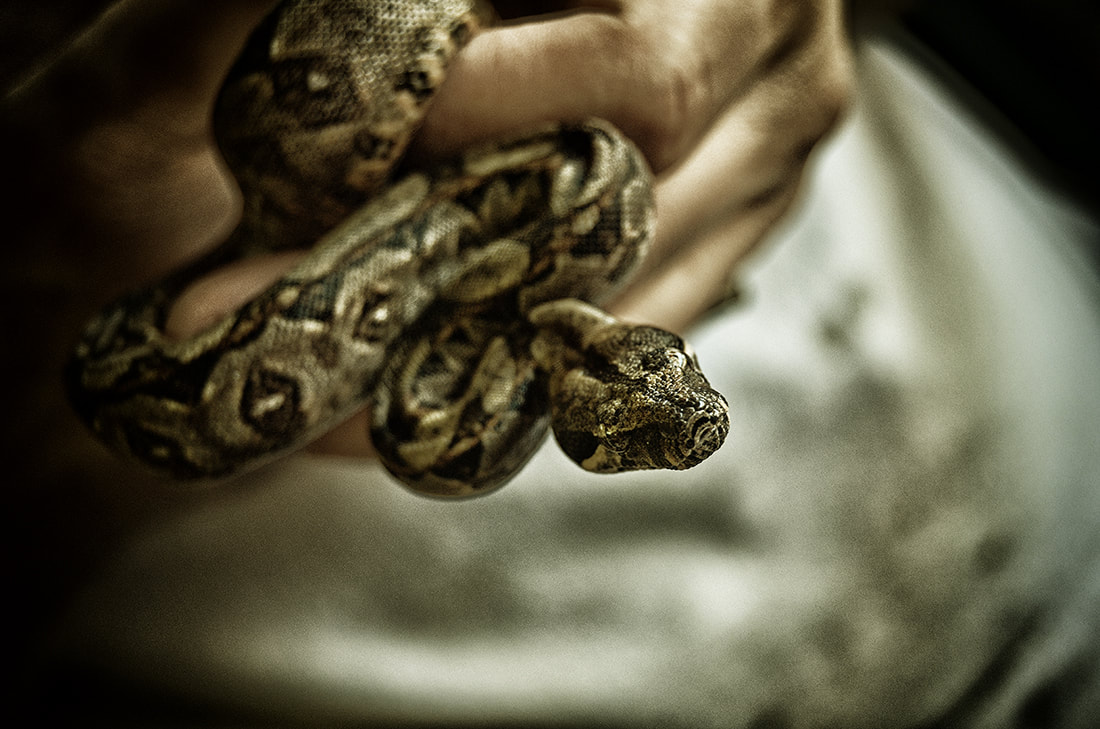 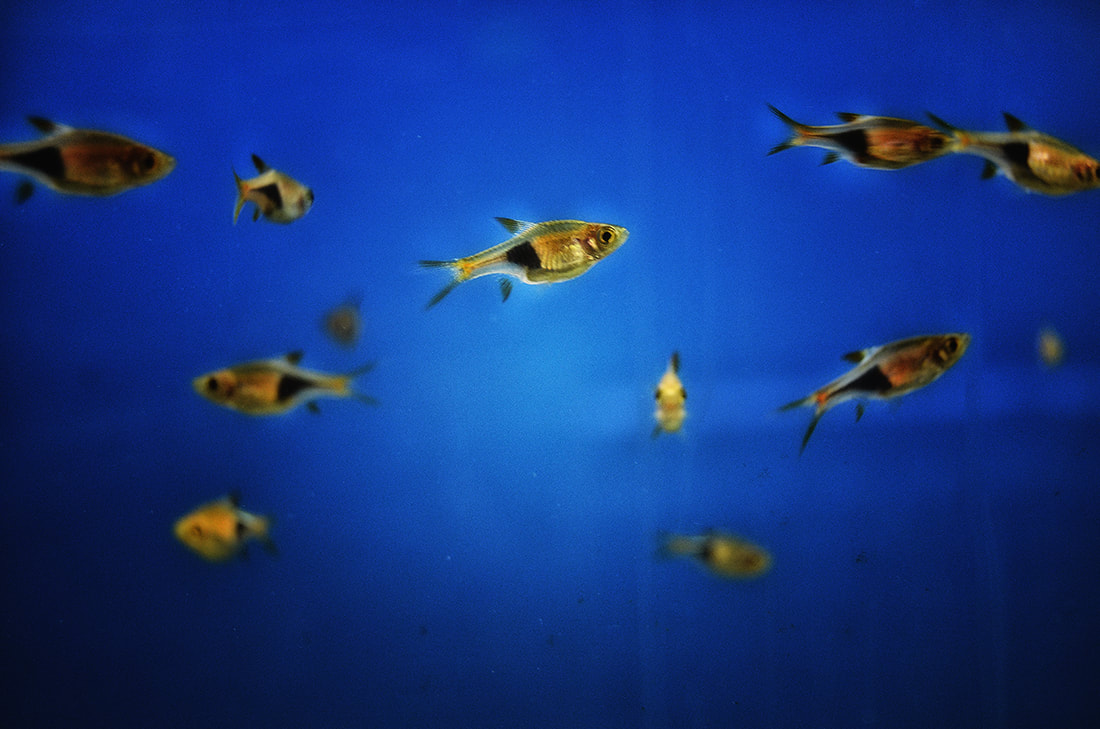 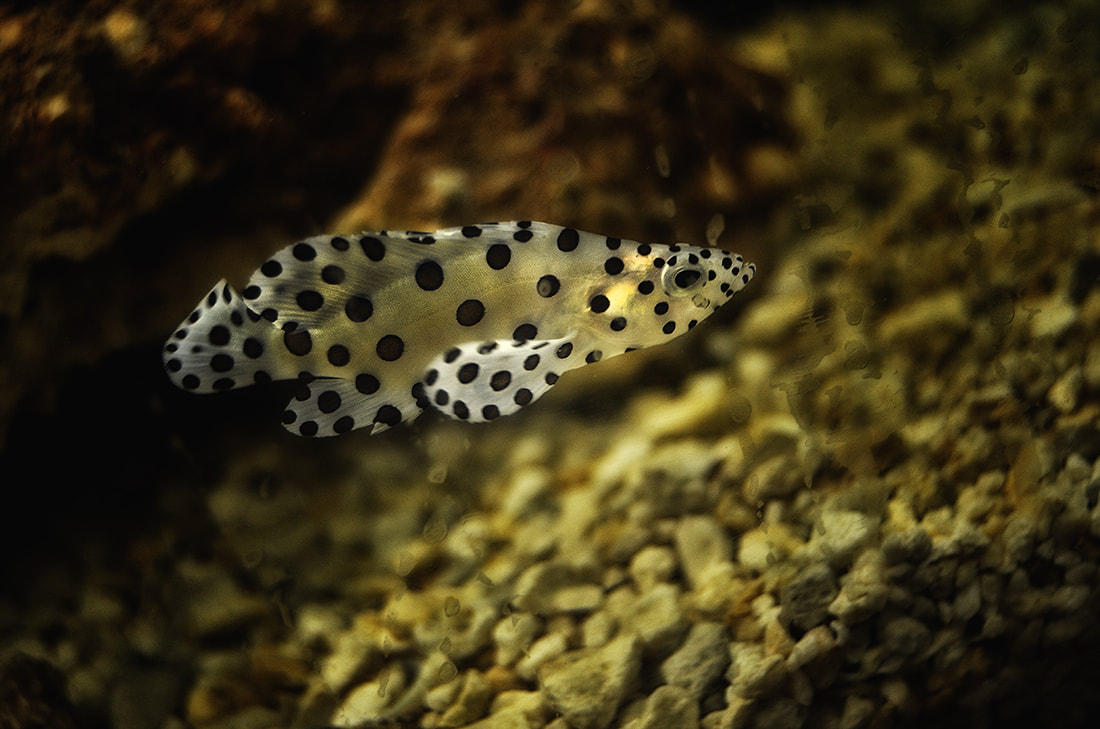 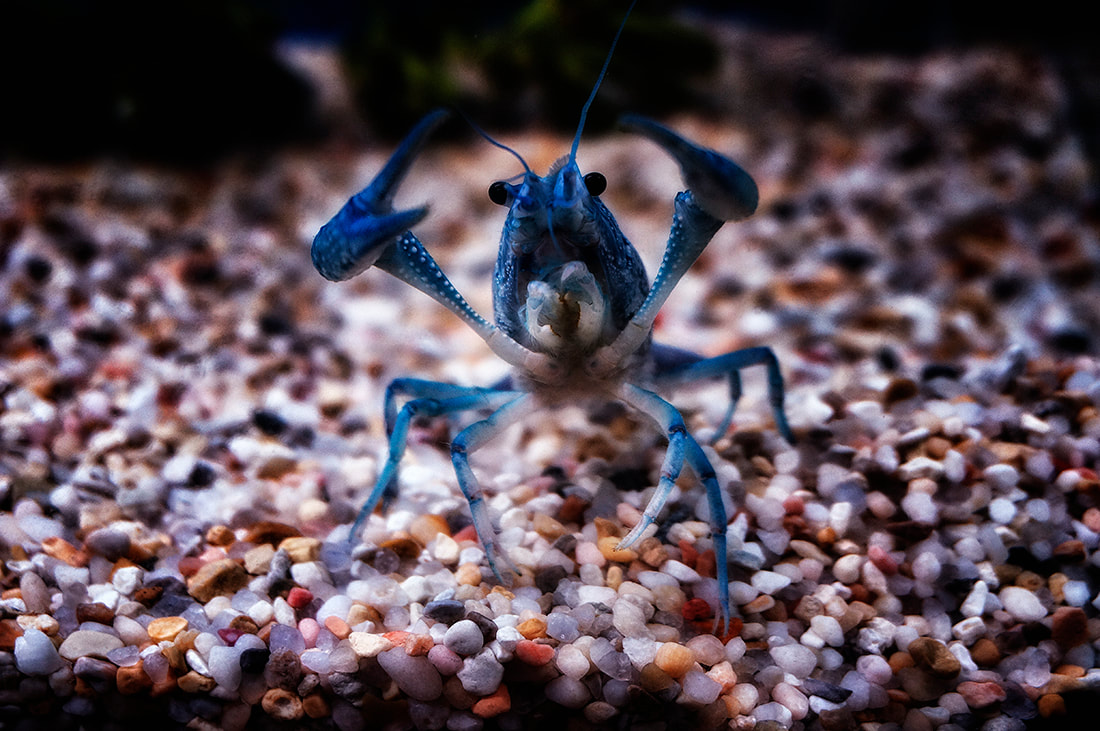 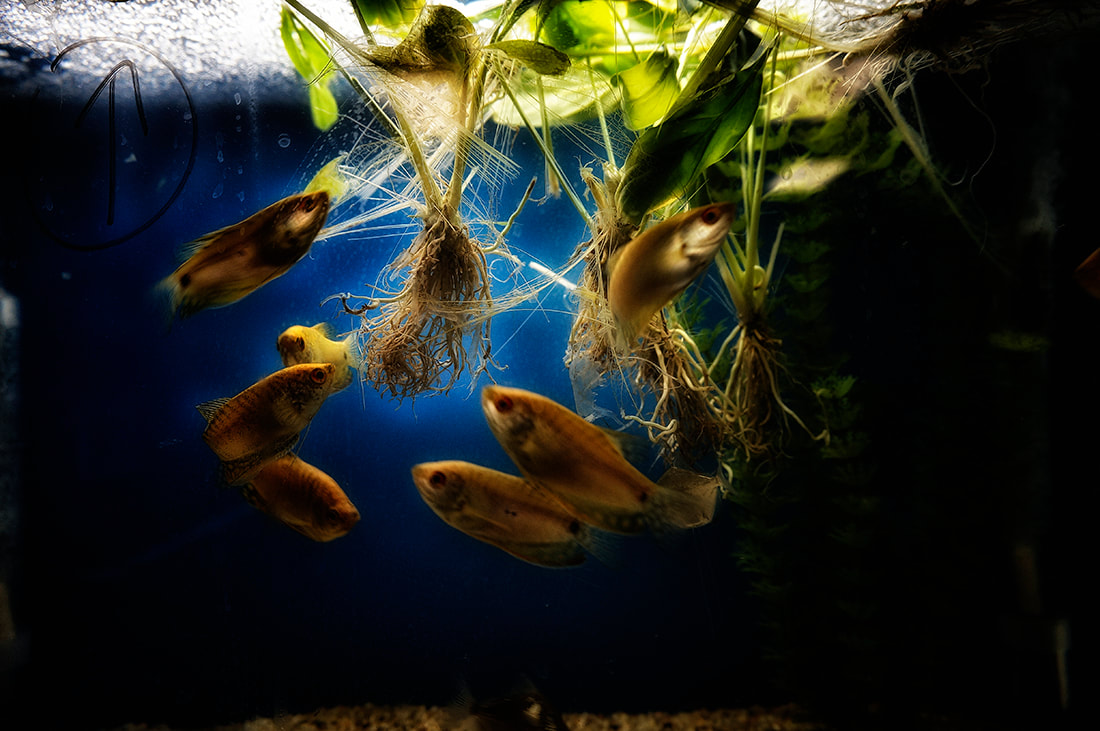 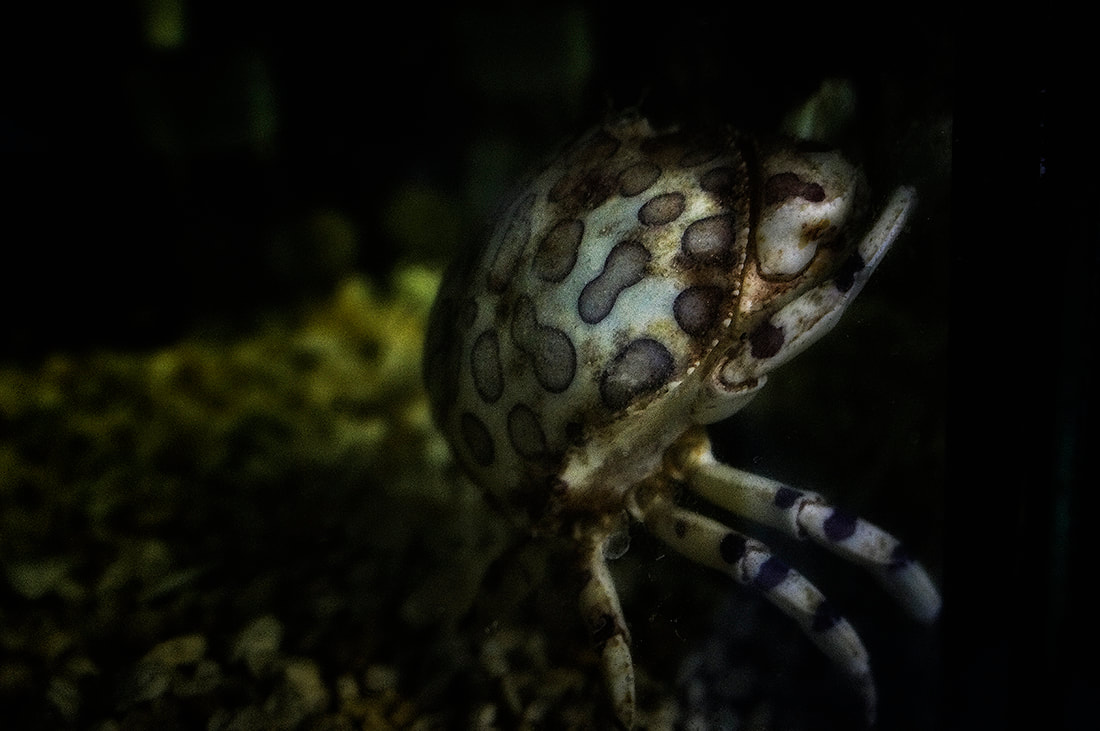 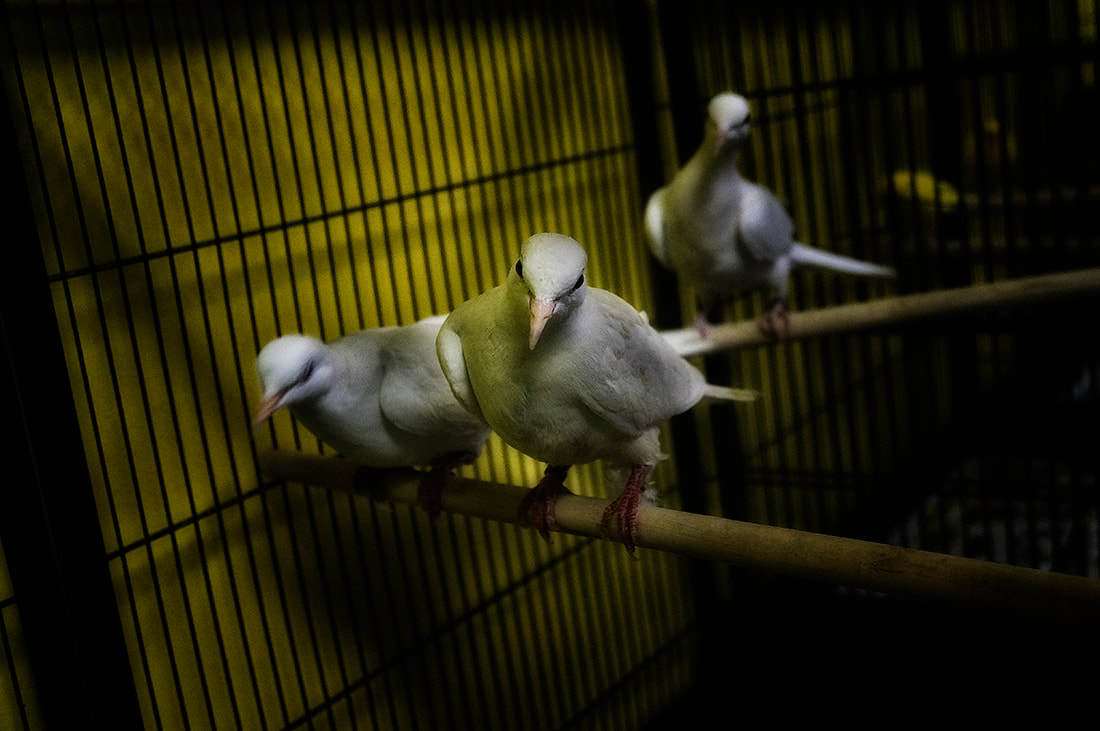 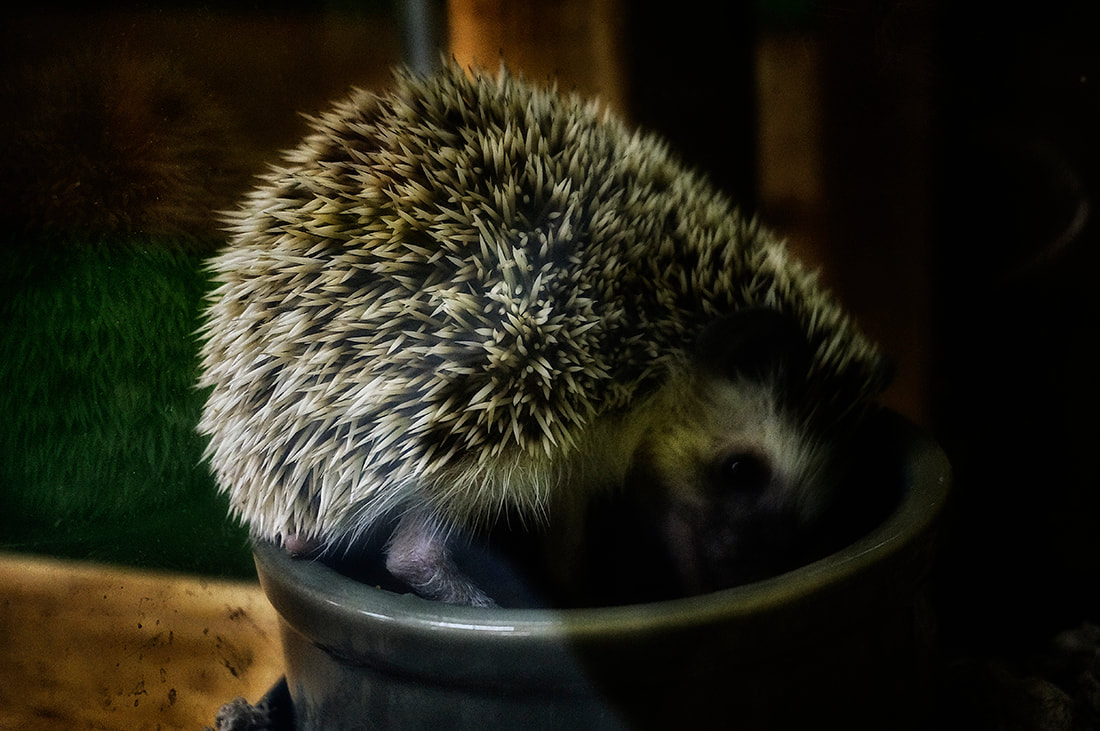