The Importance of Scale in Photography 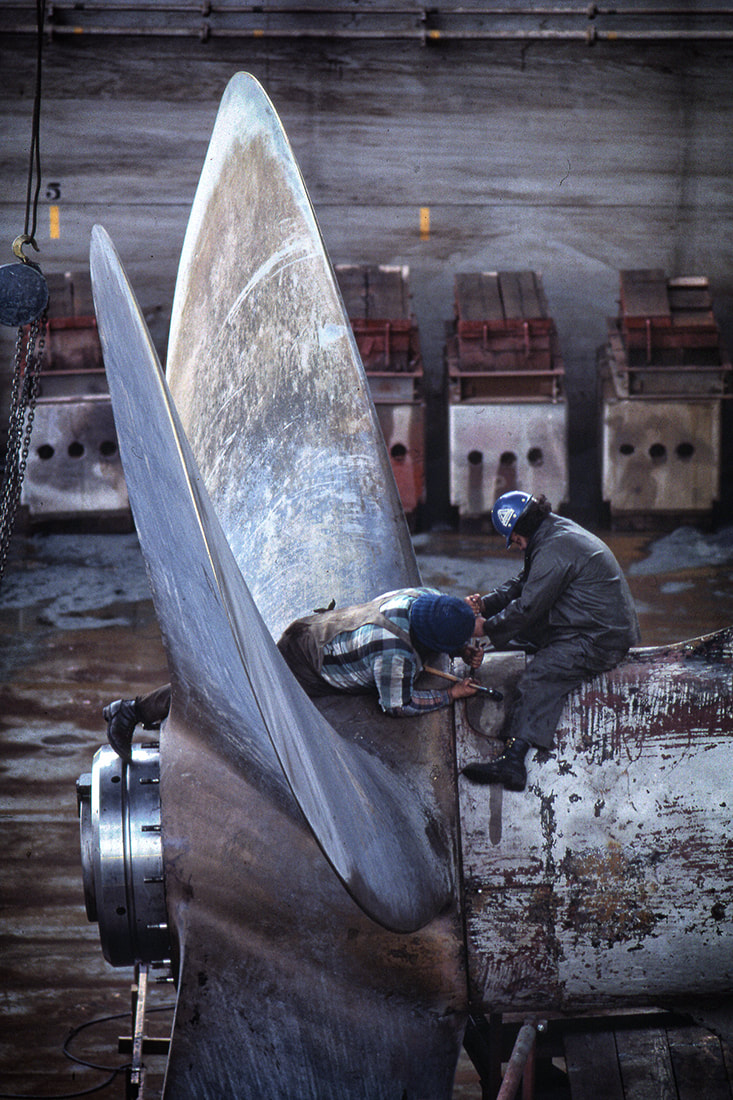 Welcome to Photo 101. Today’s class will be on the importance of scale in a photograph.

I’m going to use two photographs as examples of how scale enables the viewer to enjoy your photograph much the way you experienced it when you were shooting the scene.

How often have you photographed something very immense, or perhaps very small, and when you showed the photo to someone their response was somewhat tepid.

How could they not realize the visual impact the size of the subject imparts? It was so incredibly ginormous or amazingly tiny — and the viewer just didn’t seem to grasp those amazing dimensions.

How could that be?

Well, it’s fairly simple. You didn’t provide them with a reference of some sort in the photo to enable them to gauge the ginormous or miniscule size. You simply took a head on shot of the subject — be it ginormous or tiny — and expected the viewer to realize how amazing it was.

You fell into the trap of being emotionally and visually moved by a subject you were photographing but failed to realize that you were not necessarily imparting that visual emotion to your viewer.

What is the “reference” mentioned above?

In forensic photography — for example, crime scene photography — a ruler is often placed in the frame to indicate the size of the evidence being photographed. The ruler provides scale. Adding a ruler to a photograph such as the turtle being held in the gloved hand would be pretty boring, and unnecessary since the glove replaces the ruler as a reference and provides scale.

If the turtle can crawl on a glove with a lot of room to spare, then it’s obviously pretty tiny.

If you look at the photo of the Port of Portland workers sitting next to the ship’s prop, or the worker cleaning the giant ship chains, or the glove holding the small turtle, it should be obvious what a “reference” is.

It’s something the offer the viewer’s mind so it can compare the size of one object to another. In the case of the shipyard workers, they are compared with the giant prop, letting you know, by the way it dwarfs the workers, that it is, indeed, very large. 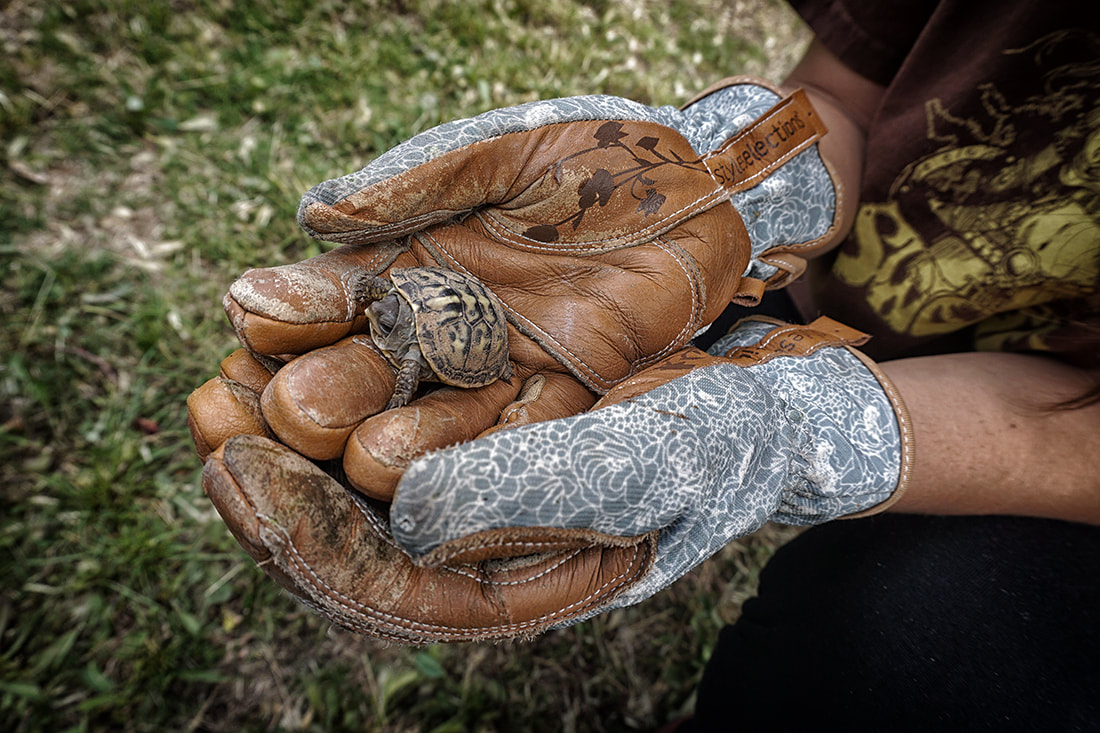 A couple of good examples of photos that would have benefited from a reference to scale is the molecule sculpture and the moonset, below.

Daylight Chemical Information Systems erected a large stick-and-ball molecular model sculpture outside their Santa Fe offices in 1999. The sculpture is a chemically-accurate depiction of a new (in 1999) candidate drug. Black balls represent carbon atoms, yellow are sulphur, red is oxygen, blue is nitrogen. The drug failed to win approval, and now all that's left is the big molecule, surrounded by weeds.

Although the sculpture was a few feet taller than myself, it doesn't appear that way in the photo. What I would have liked to add, but couldn't, would have been, perhaps, a group of small children playing in and around the sculpture, or another person taking a photograph of it. Anything to let the viewer know the actual size.

I saw the moon setting over the Chama River Valley north of the Abiquiu Dam while I was heading into Santa Fe. I drive past the Dam often and the size of the moon sitting above the horizon made me immediately look for a place to pull off the road and take a few quick shots. Although I was “wowed” by the situation, I knew it would be less exciting to viewers secondhand, but for the life of me I couldn’t find anything in the immediate vicinity to add a frame of reference that would indicate the impressive size of the moon to a viewer that hadn’t been right beside me when I took the photo.

Your choice of lens can also affect the appearance on scale in a photograph, but that’s for another time and another class.
To contact Bob Eckert for assignments, consultations or workshops, please email bobeckertphotography@yahoo.com
​or use the contact form on the About page