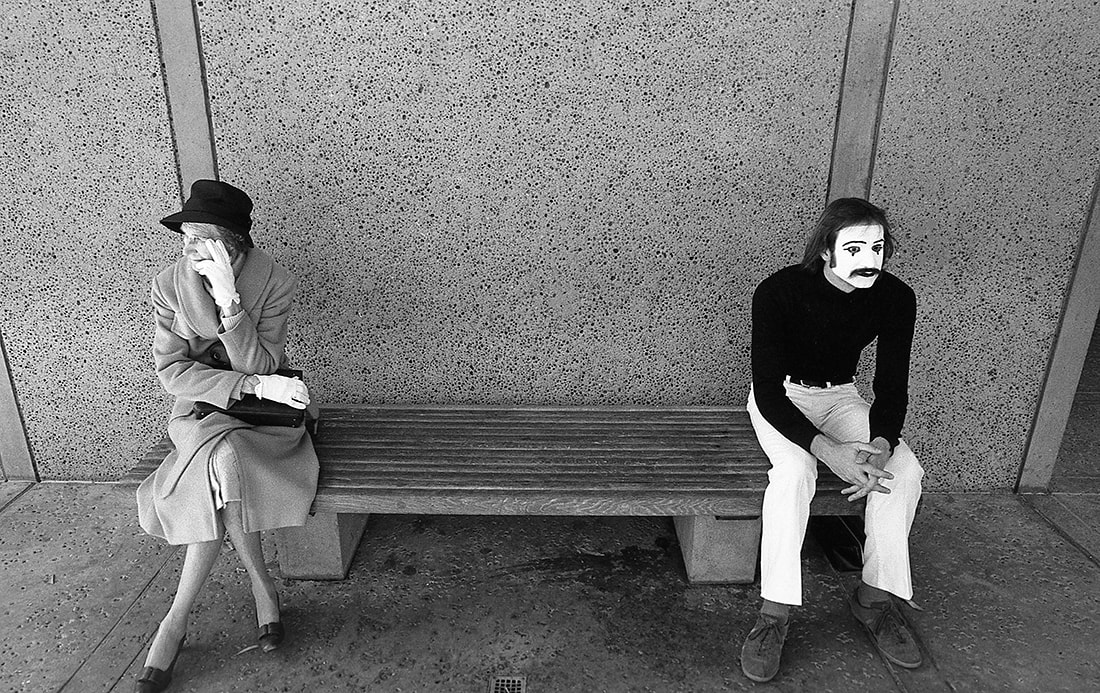 Goofing around at times with your camera is fun, and that, after all, is what photography is supposed to be, fun. And that’s just what this series of mime Mark Wenzel in the 1970s was all about. Having fun.

I was doing photographs for Holt, Rinehart and Winston, a large publishing company in New York, and was using Wenzel for some of the images I needed. We spent a lot of time scouting locations around San Diego, and while doing so, in between actual assignment work, Wenzel would inject himself into unlikely situations.

We’d pass a department store and he’d quickly run inside. The next thing I knew, he would be standing like one of the mannequins in the window. Or we’d be in the Natural History Museum in Balboa Park and suddenly he’d be in one of the display cases: an astronaut floating in space or part of an evolution exhibit .

He’d be part of a modern sculpture or a statue in Horton Plaza or a construction worker driving a front loader or looking like he needed to escape from a glass elevator in a high rise apartment building.

He was unabashed and uninhibited to say the least.

Admittedly it wasn’t the most mature behavior, and it still surprises me that we didn’t get arrested at some point, but it did provide some unexpected, and often humorous images, and it was a fun break from “real” work. 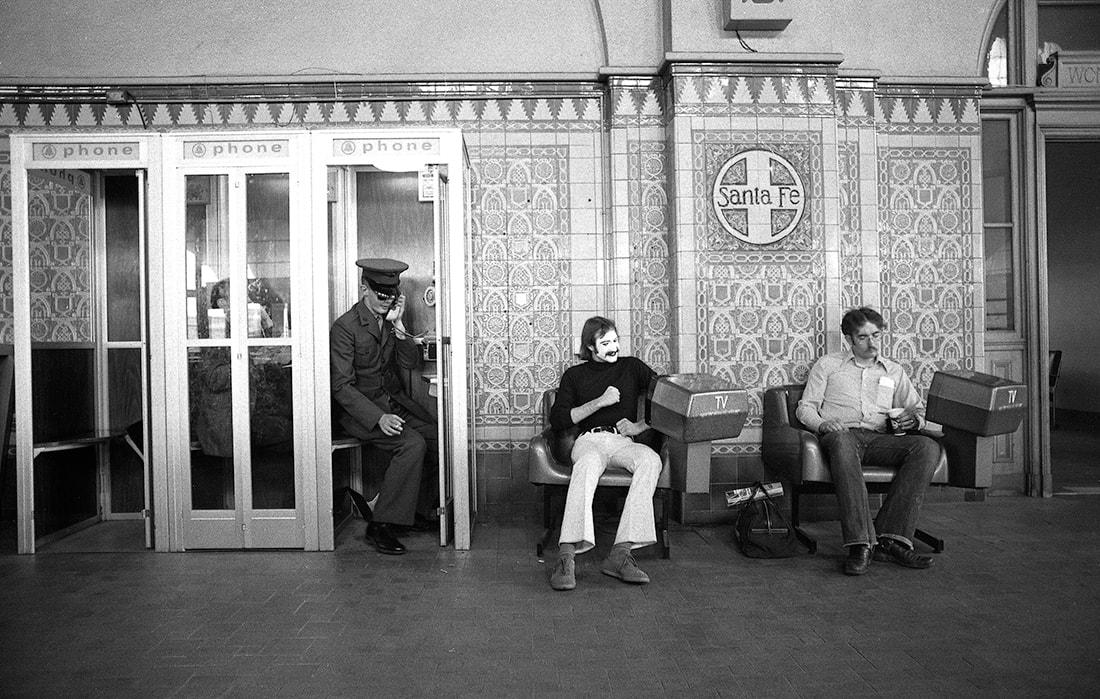 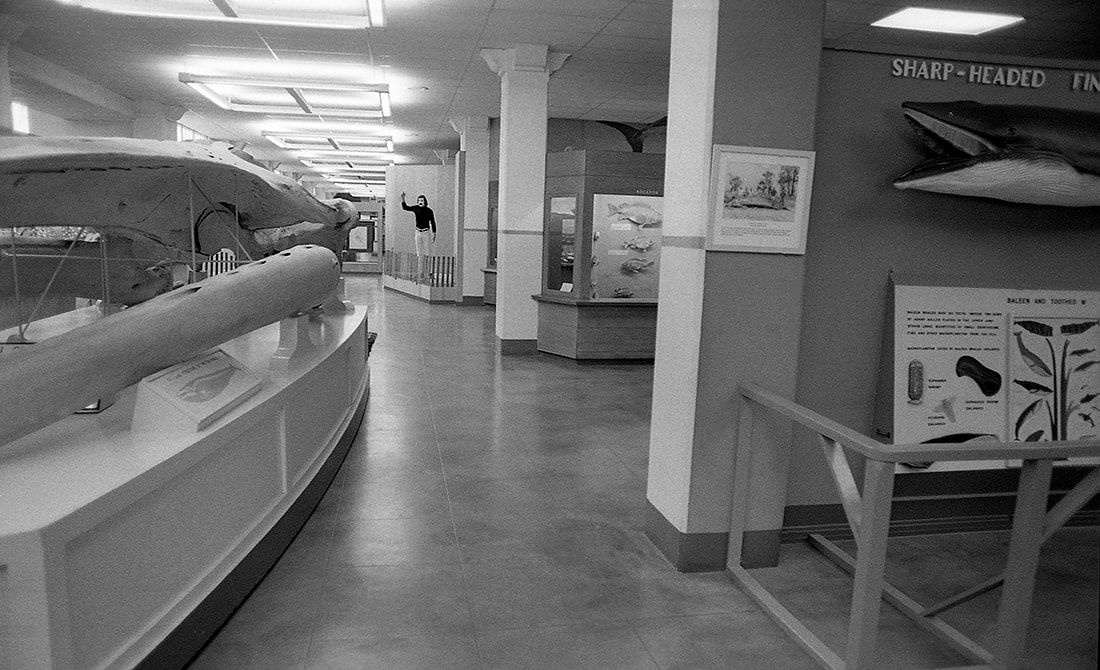 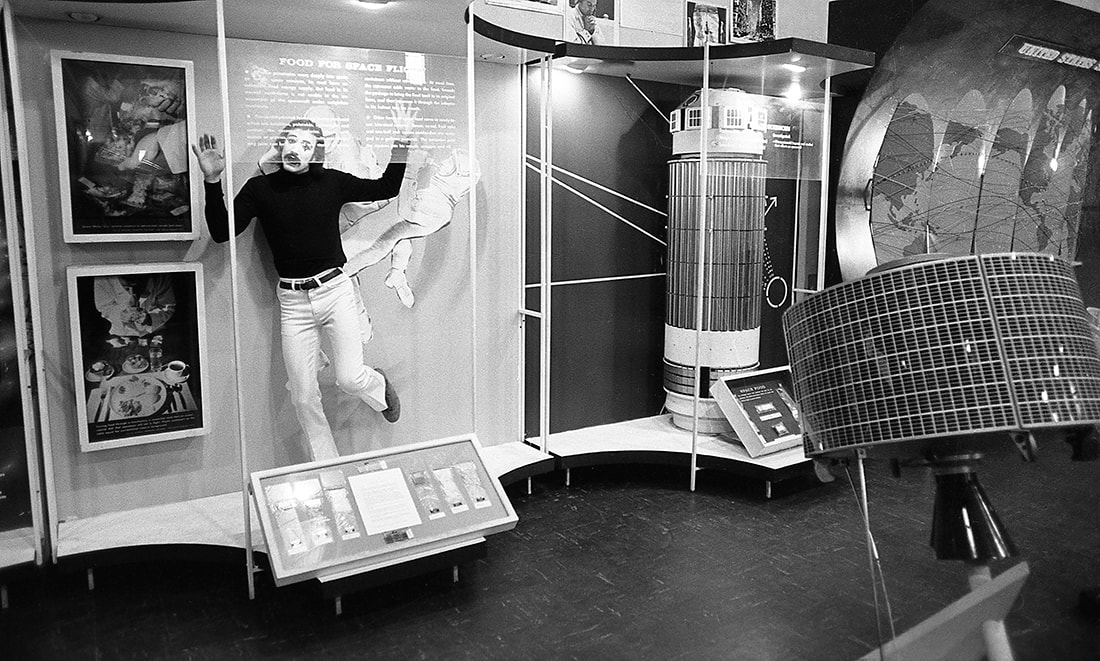 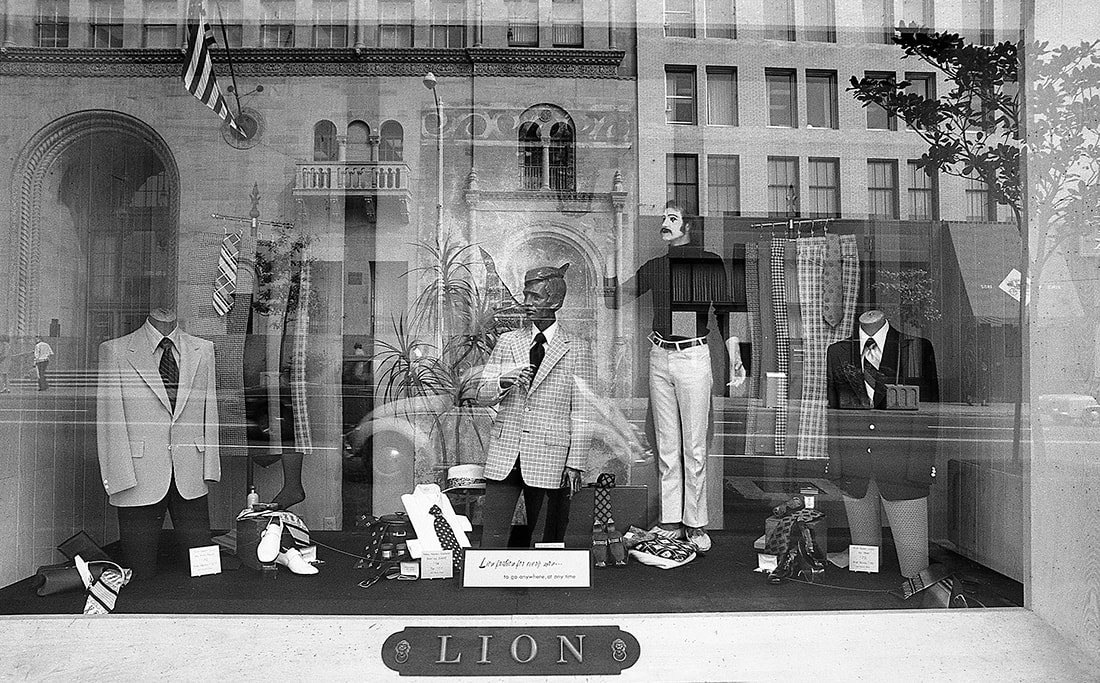 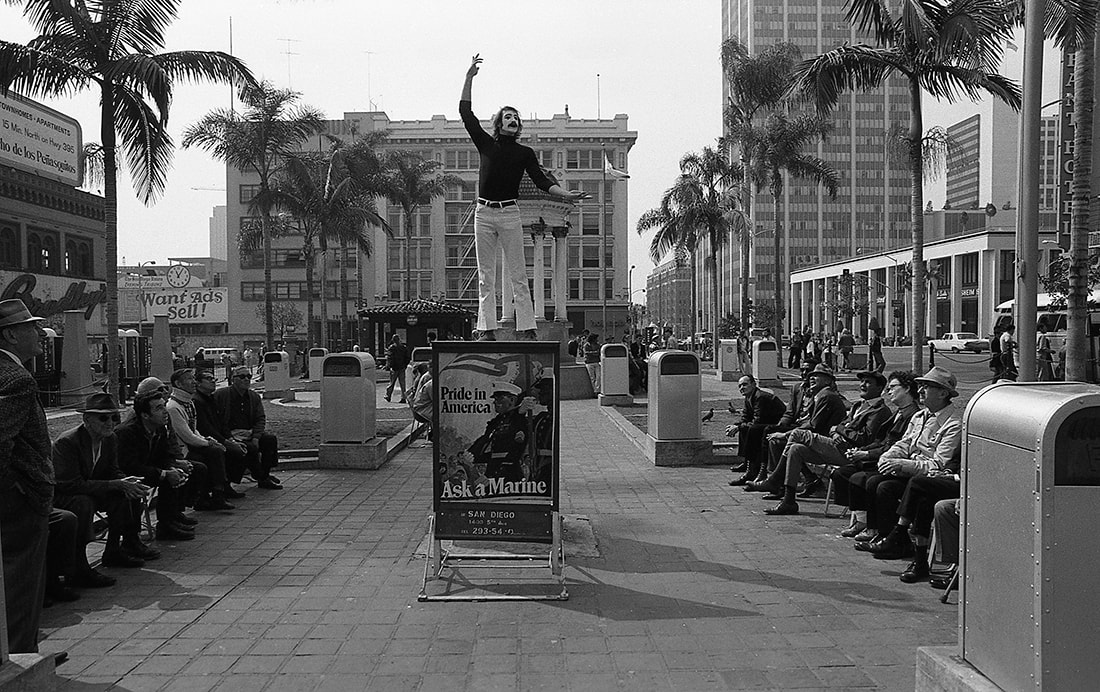 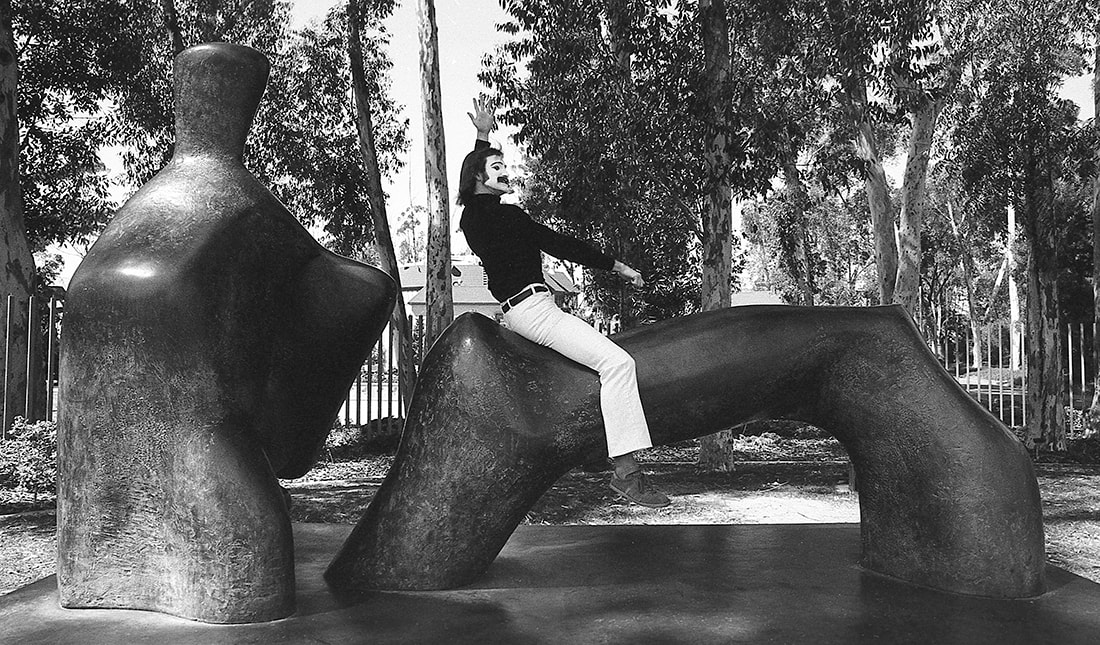 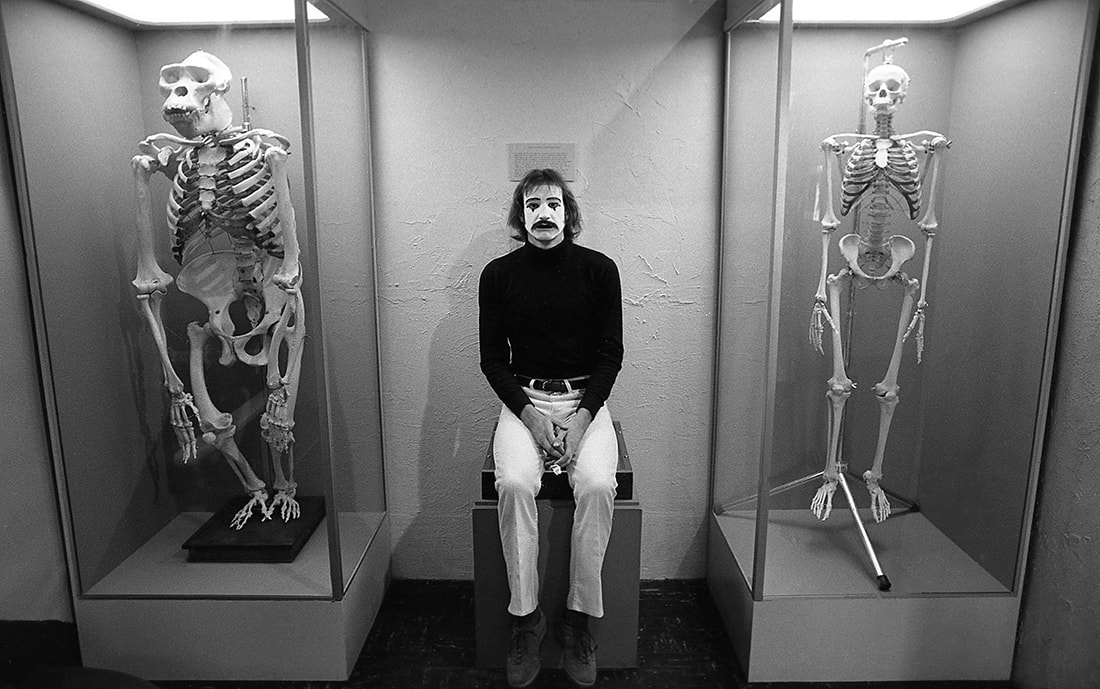 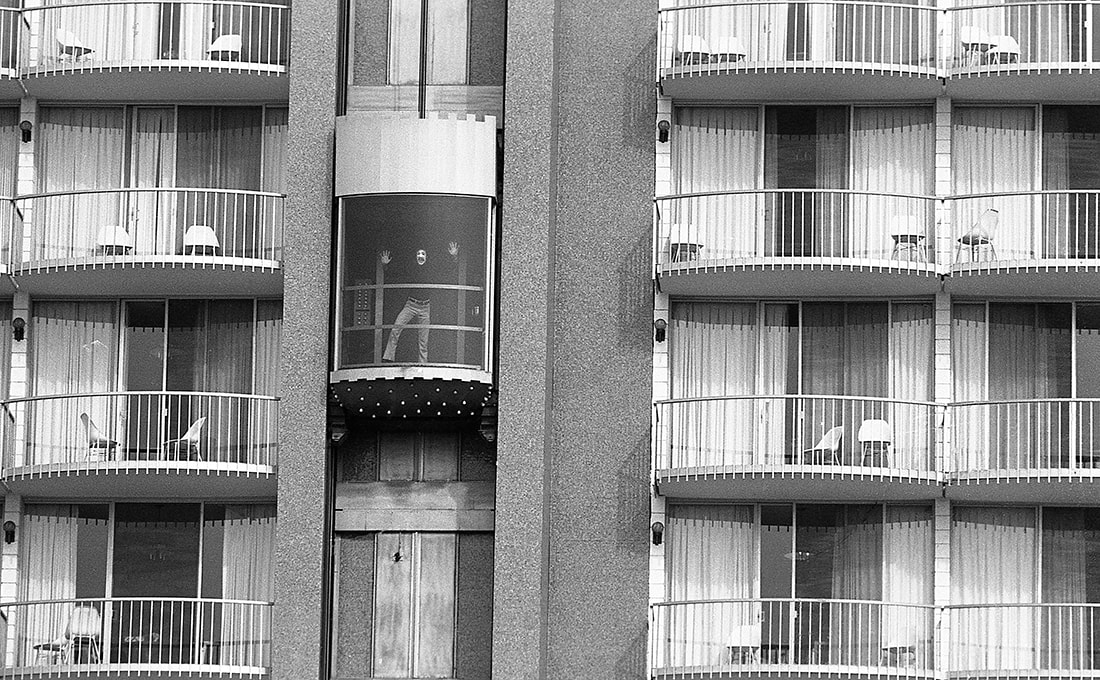