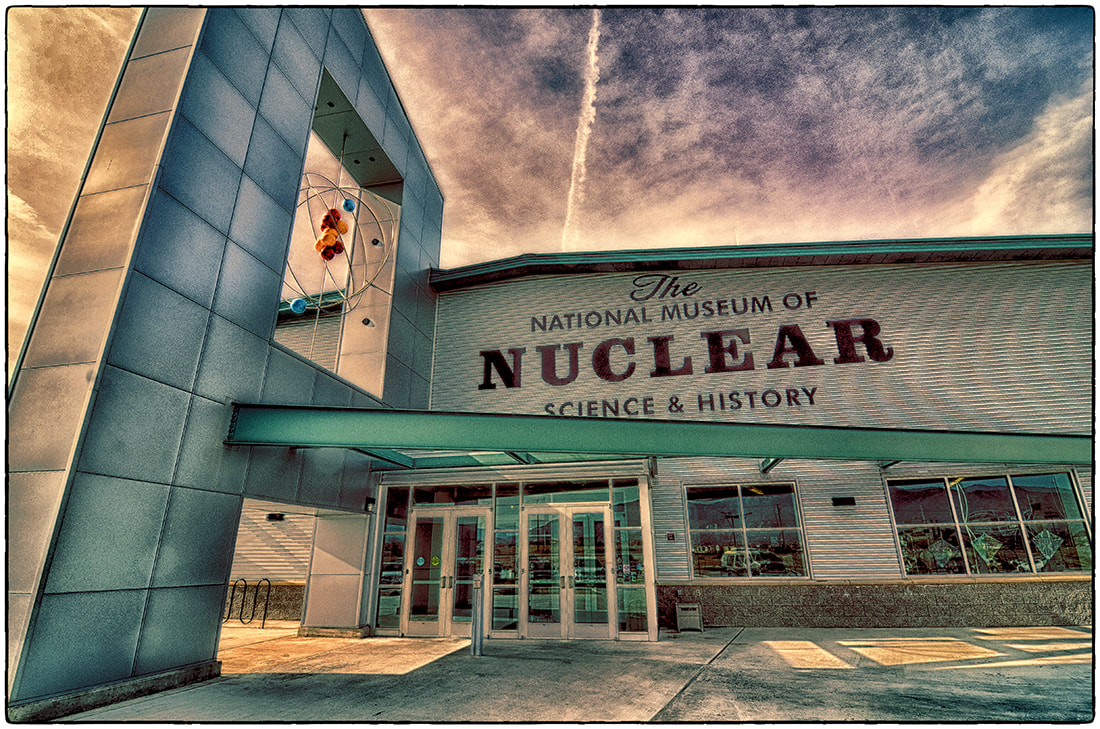 The idea of nuclear tourism might be abhorrent to some readers. Soft Skull books released author James Reich’s “Bombshell” to coincide with the 68th Anniversary of the Trinity Nuclear detonation. In Reich’s book it is obvious that the idea of using something like the Trinity Site or the Nuclear Museum as tourist attractions is disgusting, but I feel that is rather like sticking your head in the sand and ignoring what has come before. There were horrendous results of the bombing of Nagasaki and Hiroshima, but to sweep those events under the rug might mean that we forget them or don’t learn from them. Even if one doesn’t agree with the use of nuclear power, places such as the Nuclear Museum are ideal places to start dialogues about the use, and misuse of nuclear power.

In this series I manipulated the photos to appear more like old fashioned postcards. I thought the treatment fit with the tourist theme.

The museum’s range of exhibits is wide, and although there is a section of Hiroshima and Nagasaki, this doesn’t glorify the use of atomic weapons but tried to explain the rationale behind their use at that time. As an aside; although not included in the exhibits at the museum, if you have never read the book “Hiroshima” by John Hershey, you should. It should be require reading in the age of nuclear weapons. Hershey brings the horror of the aftermath of the bombing of this Japanese city vividly to life and it is the kind of book that can leave you with nightmares for some time.

Regular sections inside the museum include: WWII: a basic history leading up to the creation and use of the atomic bomb and the countries that became involved. Propaganda: This is a fascinating look at the propaganda used by the Axis and the Allies during WWII. This is the dissemination of information to influence public opinion. They have a wonderful collection of propaganda posters from a variety of countries. The Propaganda exhibit is also a crash course in modern advertising. You certainly recognize some of the techniques used in currents advertising campaigns. The Manhattan Project and Trinity and Its Legacy: The dawn of the Atomic Age began with the design and testing of the world’s first atomic bomb during the Manhattan Project. You get to peek into the daily lives of the scientists who lived at Los Alamos and journey with them to the Trinity Site where the first atomic explosion occurred in 1945.

There are section of Fat man and Little Boy, the bomb casings of the bombs like those dropped on Nagasaki and Hiroshima. Although large, it's sometimes hard to imagine the destructive power these casings held.

There’s a section of the cold war and the continuing conflict existing after WWII.

The exhibit on nuclear medicine was particularly interesting to me because my mother was one of the first patients to undergo radiation therapy for her thyroid.

There’s a section on Atomic Pop Culture, with a large array of movie posters that related to the atomic age. For comic book fans, there are ample examples that related to this theme. When touring this section the movie Dr. Strangelove immediately popped into my mind.

If you’ve ever passed one of the WIPP trucks on the highway transporting nuclear materials, the the Nuclear Waste Transportation section will be of interest. It might not allay any of your fears of accidents, but it is informative.

And there is a section called Energy Encounter, where you can examine some options like green energy, solar, wind and compare them to nuclear energy.

Some of the events that have been hosted by the Museum

The National Museum of Nuclear Science & History welcomes families and scouts for a day of engineering fun! Visitors will experience Science, Technology, Engineering and Mathematics (STEM) at its finest while enjoying ice cream made with liquid nitrogen, flying on a flight simulator, launching rockets and much more. All activities are kid-friendly, completely interactive and designed to spark interest in the scientific fields of science and engineering.

Exclusive Tour to the VLA

The National Museum of Nuclear Science & History is adding a tour to the Very Large Array, a national radio astronomy observatory, in addition to its annual tour to the Trinity Site.

Tour participants will first visit New Mexico Tech for a guided tour of the Array Operations Center and will then travel to the VLA for lunch and to experience one of the world’s premier astronomical radio observatories through an in-depth tour with scientists who work on-site.

The VLA is a radio telescope consisting of 27 dish antennas, each 82 feet in diameter and weighing 230 tons, arranged in the shape of a ‘Y’. The arms of the ‘Y’ are a staggering 13 miles long.

As a radio astronomy observatory, the VLA studies celestial objects that emit radio waves. With radio astronomy, scientists can study astronomical phenomena that are often invisible in other portions of the electromagnetic spectrum. The VLA operates by multiplying the data from each pair of telescopes together to form interference patterns. The structure of those interference patterns, and how they change with time as the earth rotates, reflect the structure of radio sources on the sky. These patterns are then taken by using a mathematical technique call the Fourier transform to make maps.

The National Museum of Nuclear Science & History will be leading a bus tour to the historically significant Trinity Site. Tour participants will walk to Ground Zero, see Jumbo and be able to enter the historic McDonald Ranch House. Docents will lecture on the bus and at the site about historical events, developments and scientific pioneers of the Manhattan Project. The day's tour will conclude with lunch at New Mexico Tech, a talk on astronomy at Workman Hall and a self-guided tour of the Gem and Mineral Museum.

The National Museum of Nuclear Science & History is located at 601 Eubank at Southern Blvd. SE, six blocks south of Central Ave in Albuquerque. We are just east of Kirtland Air Force Base and in the Sandia Science and Technology Park. The exit off of Interstate 40 is #165. The phone number is 505.245.2137. 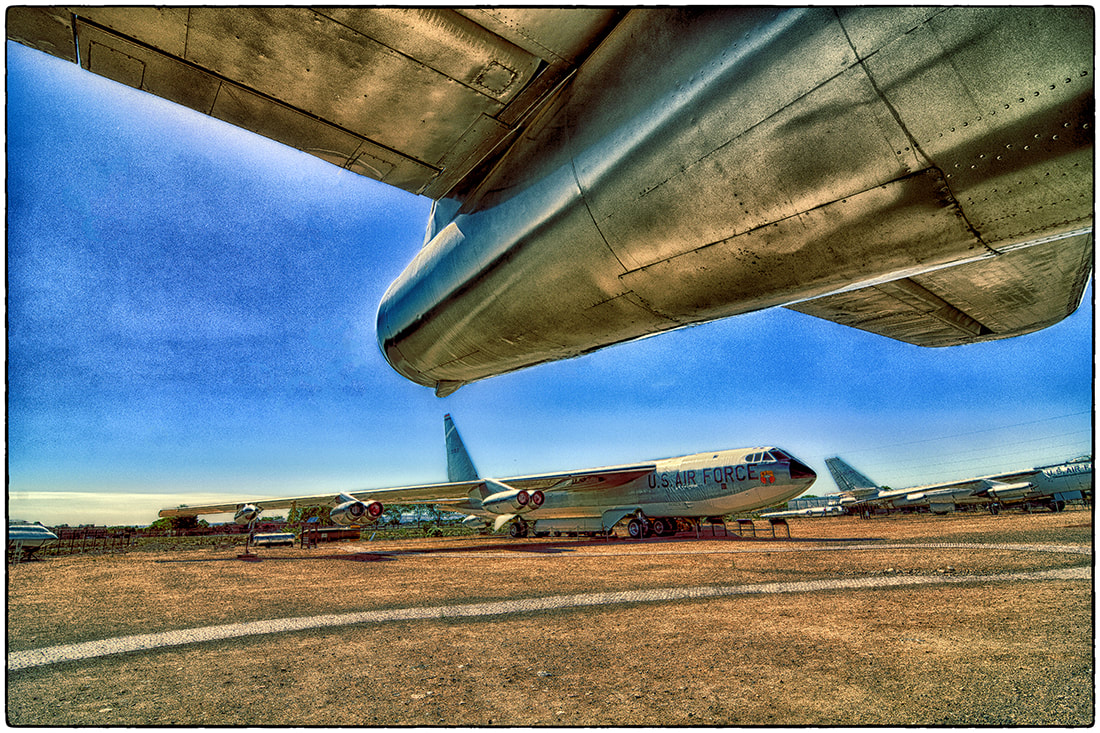 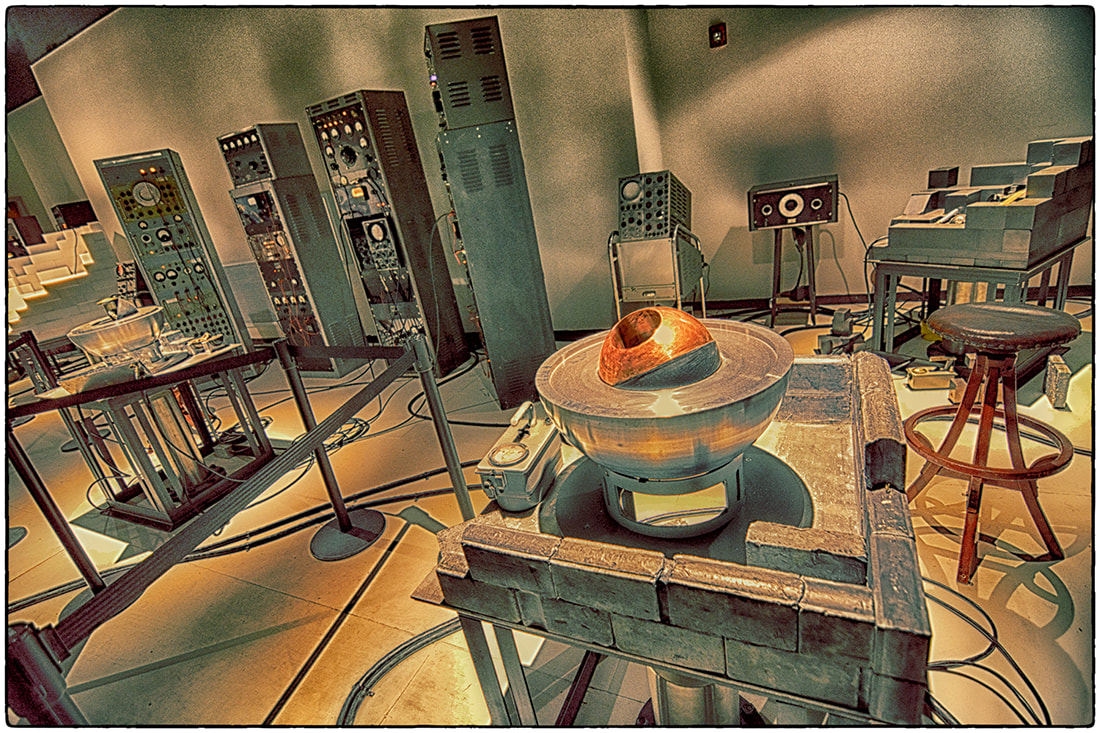 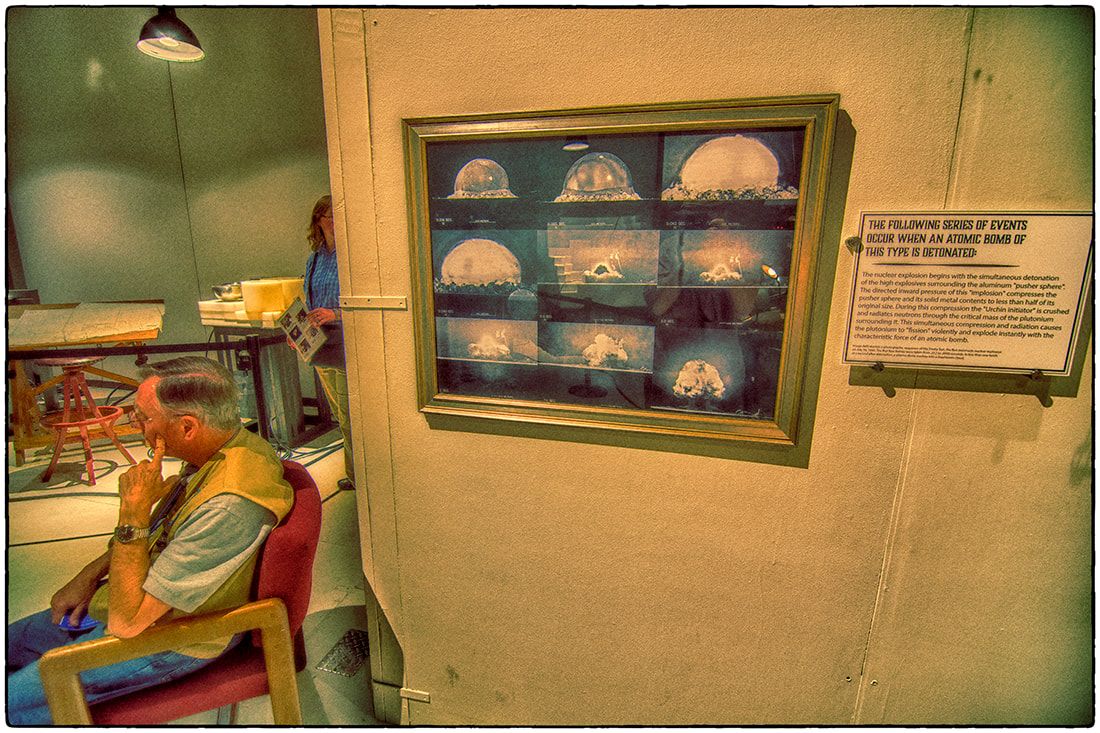 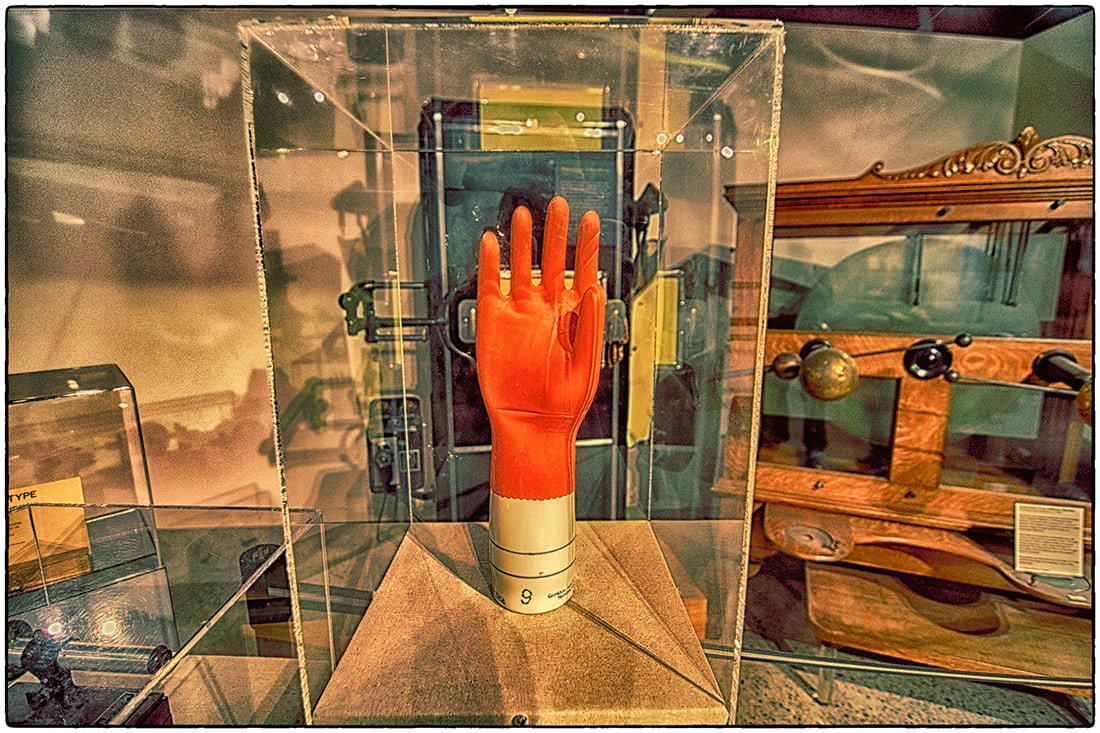 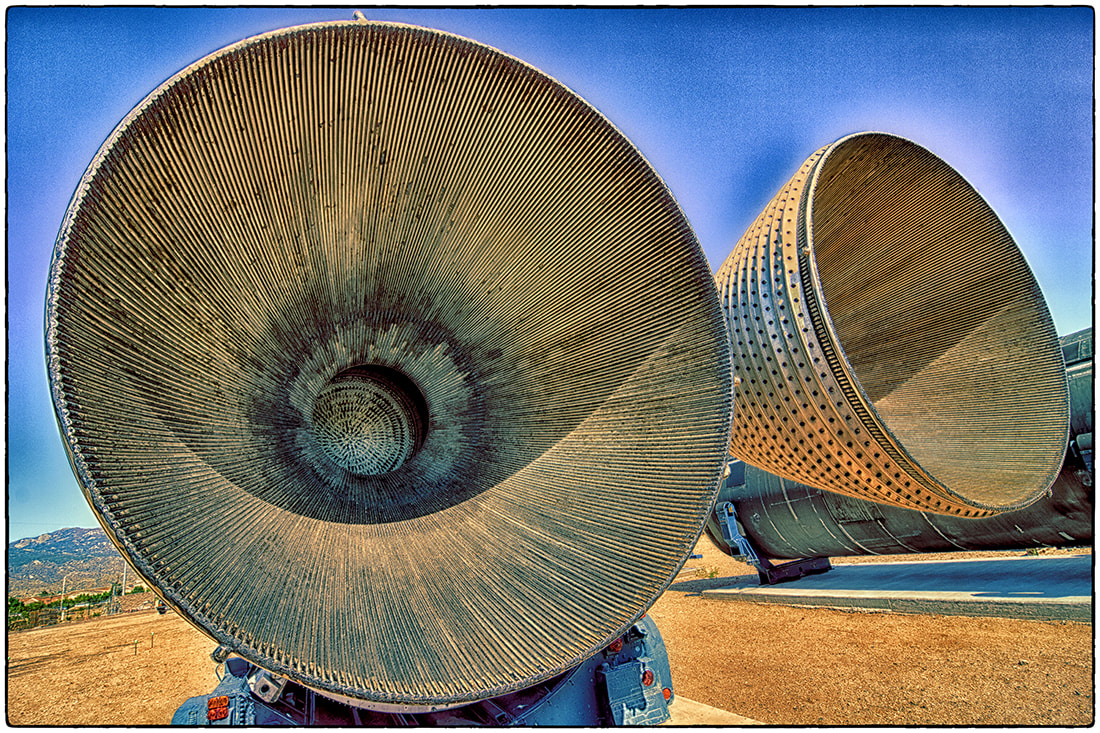 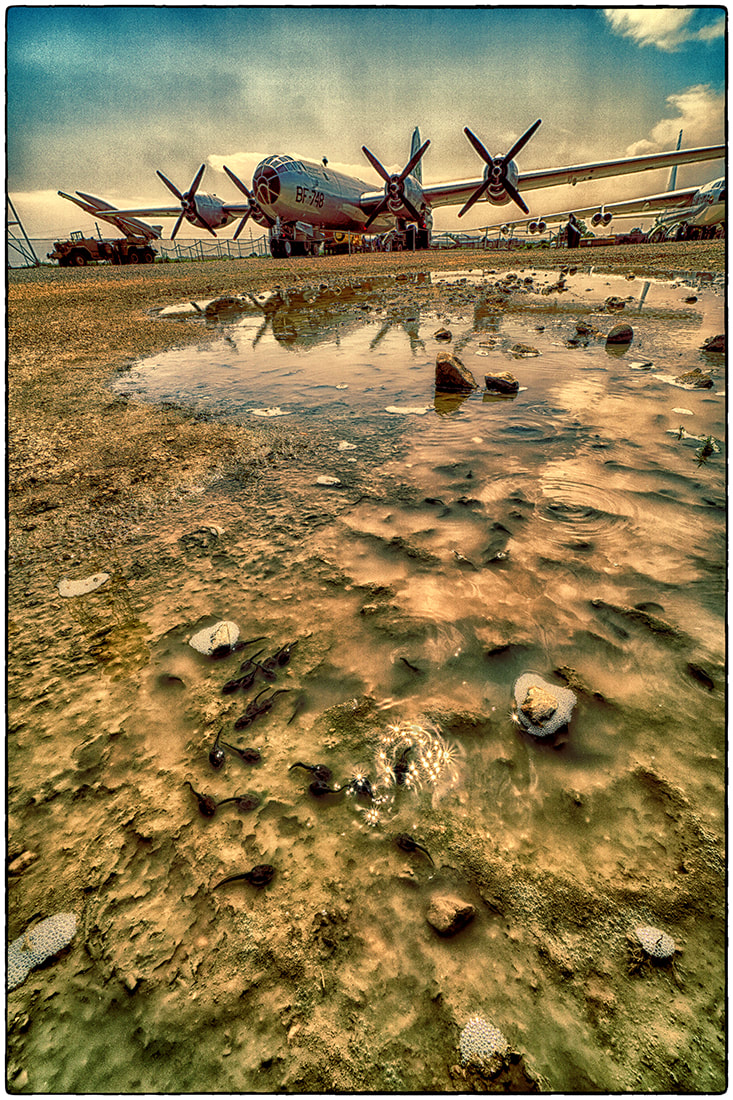 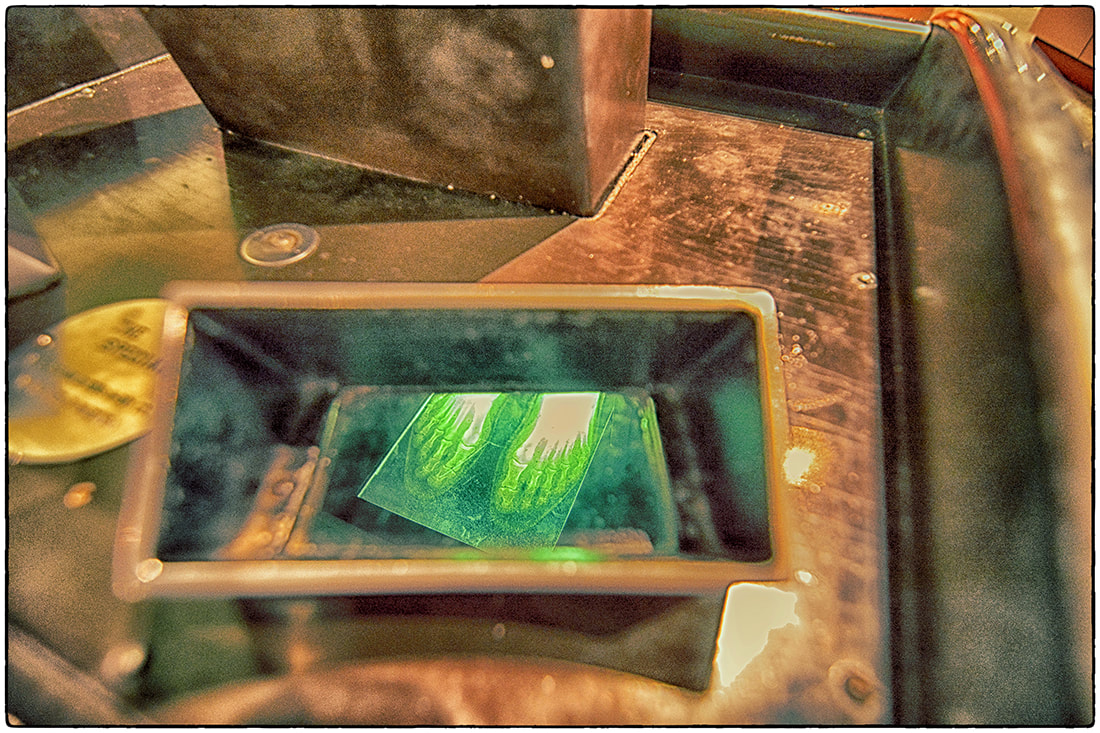 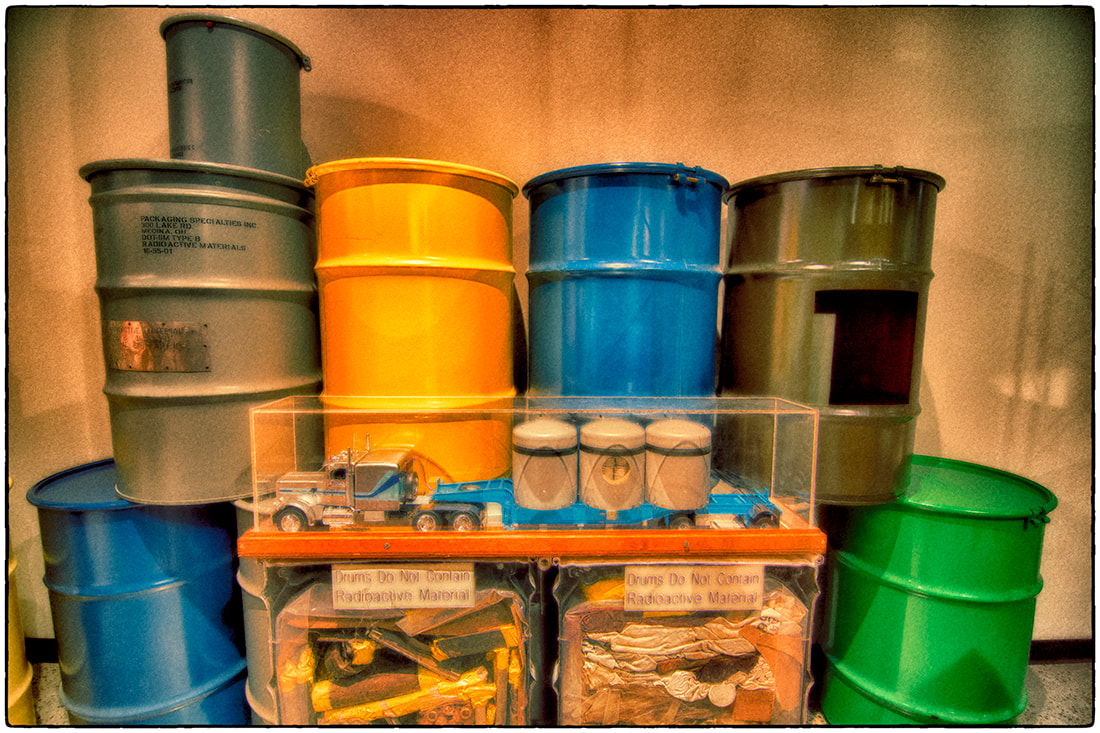 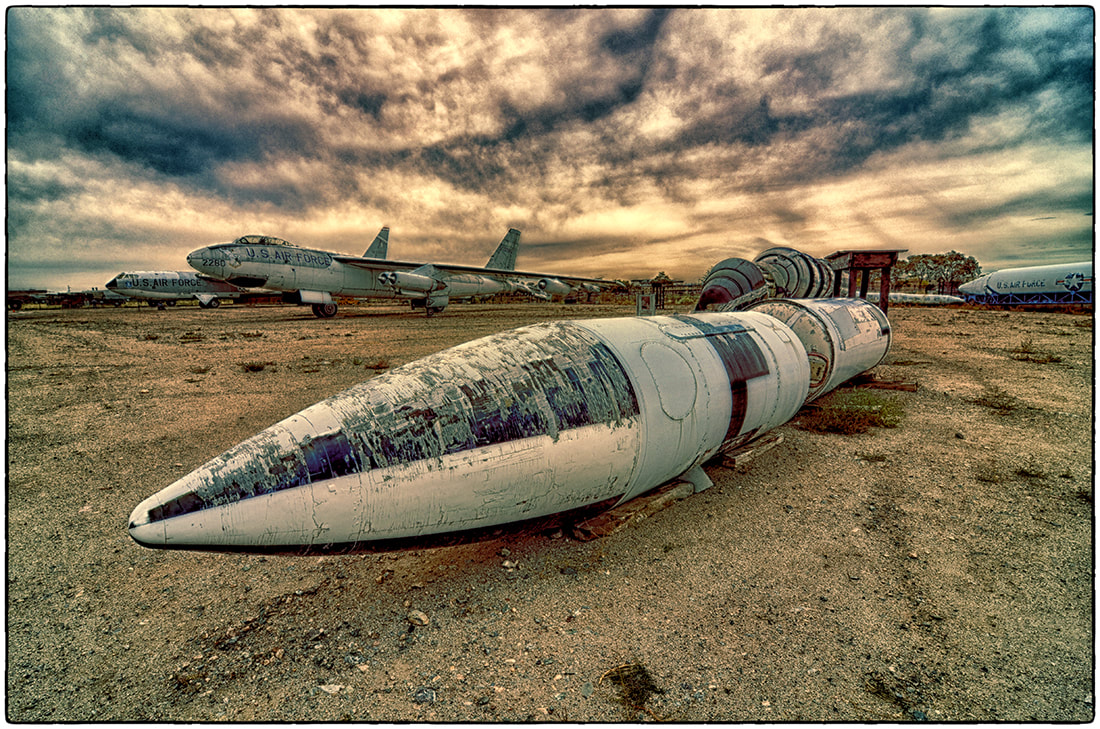 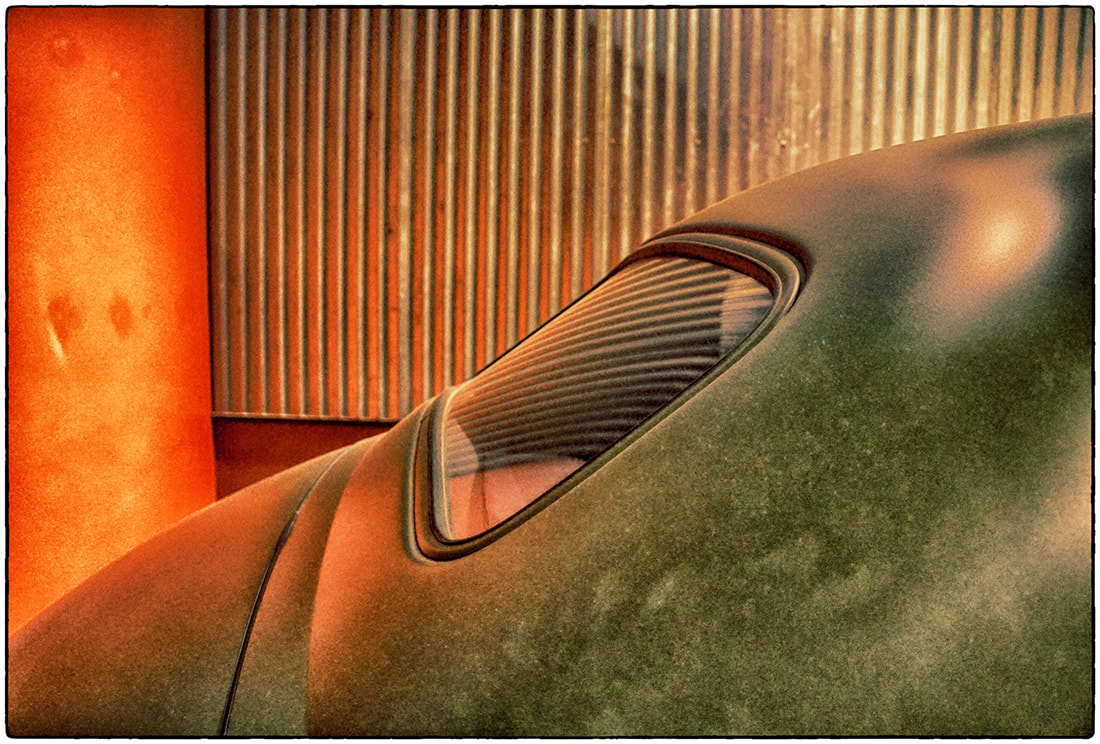 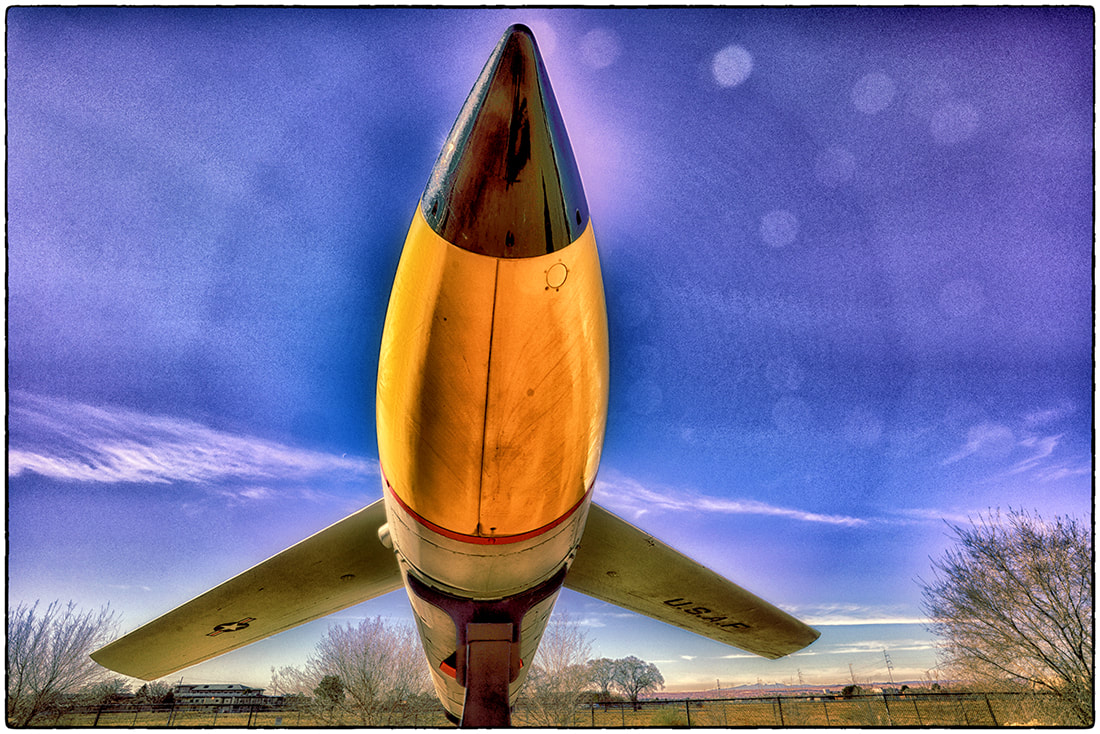 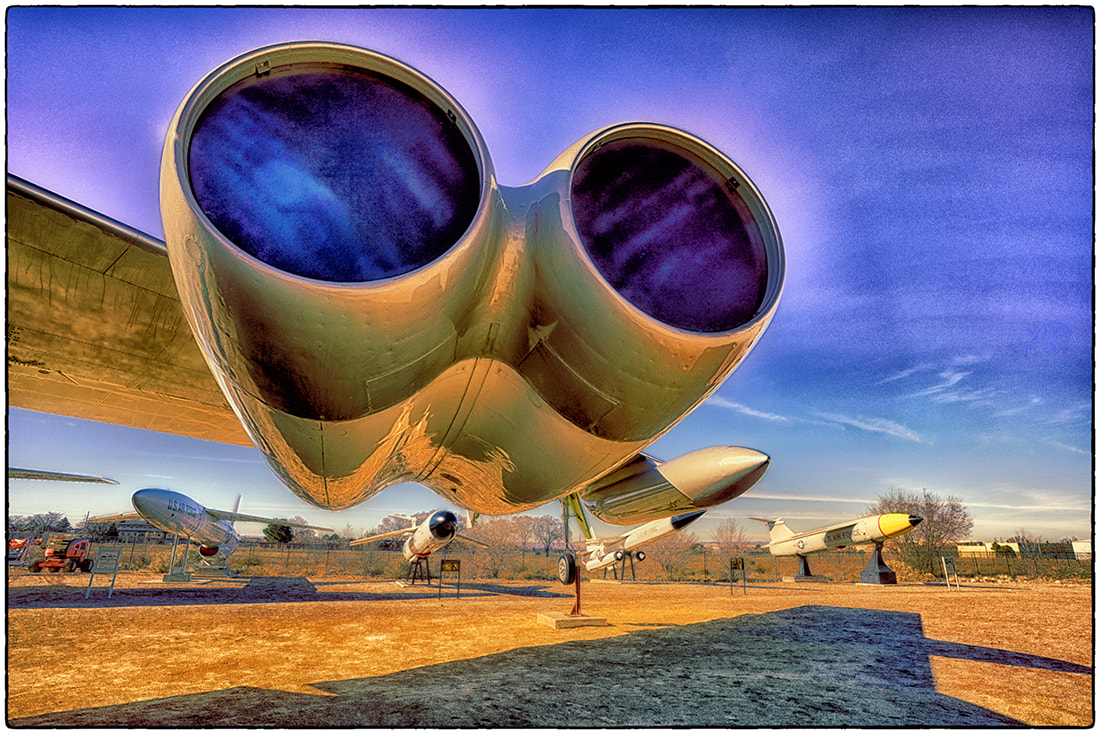 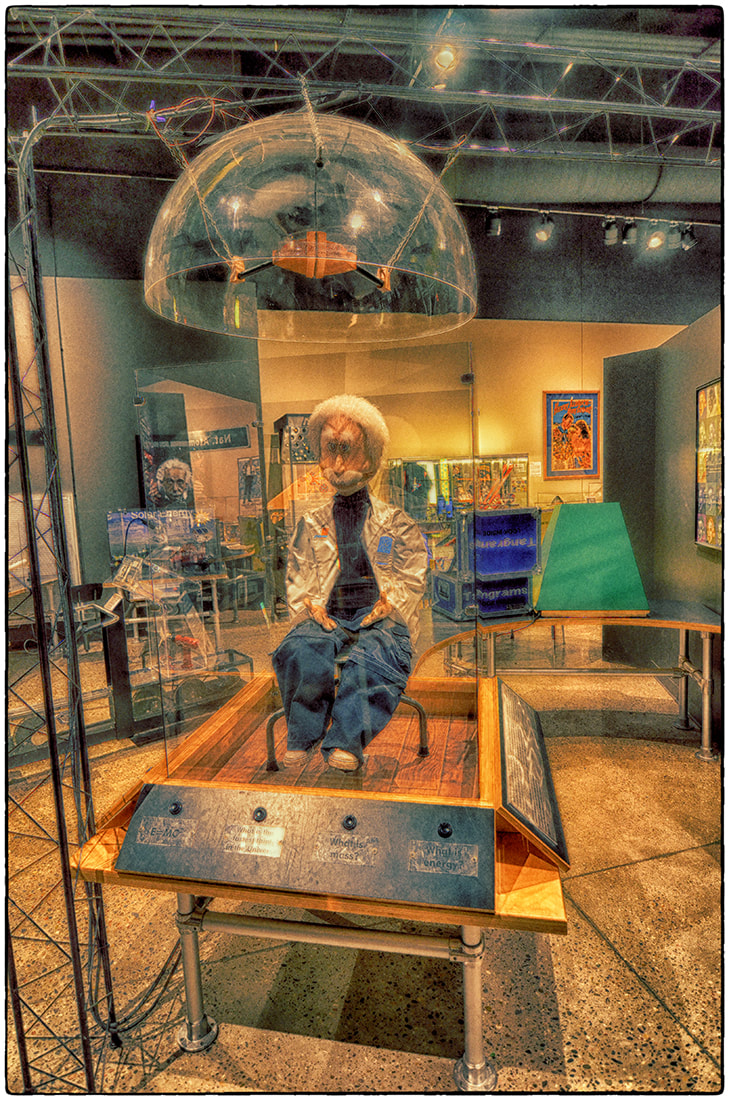 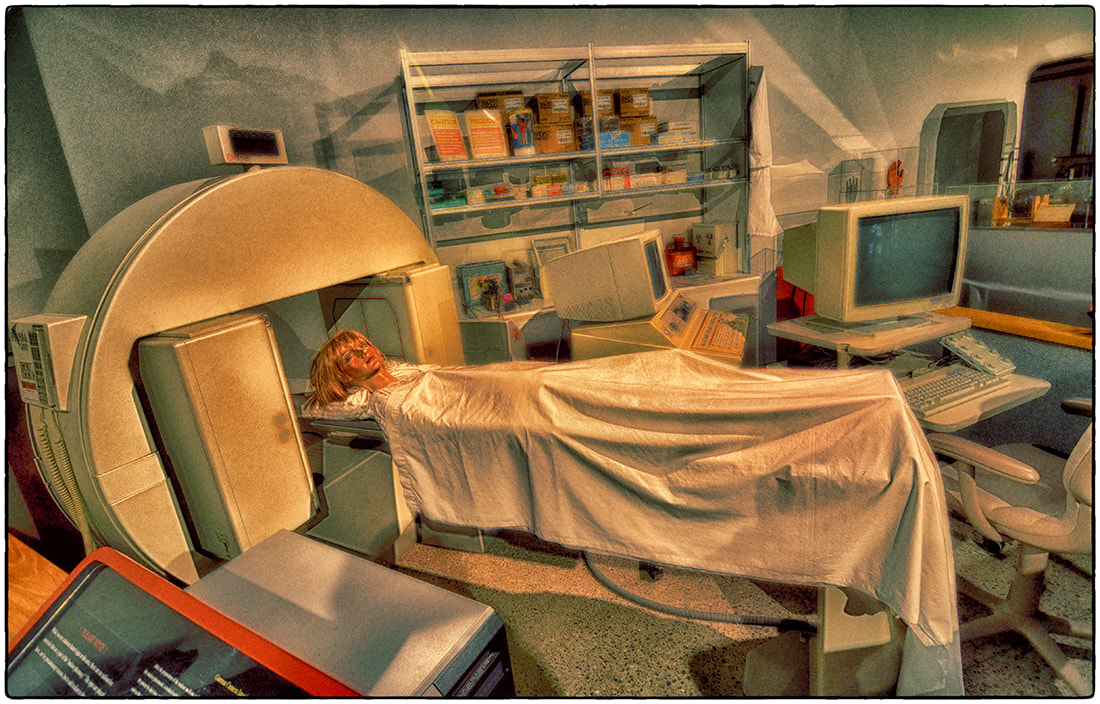 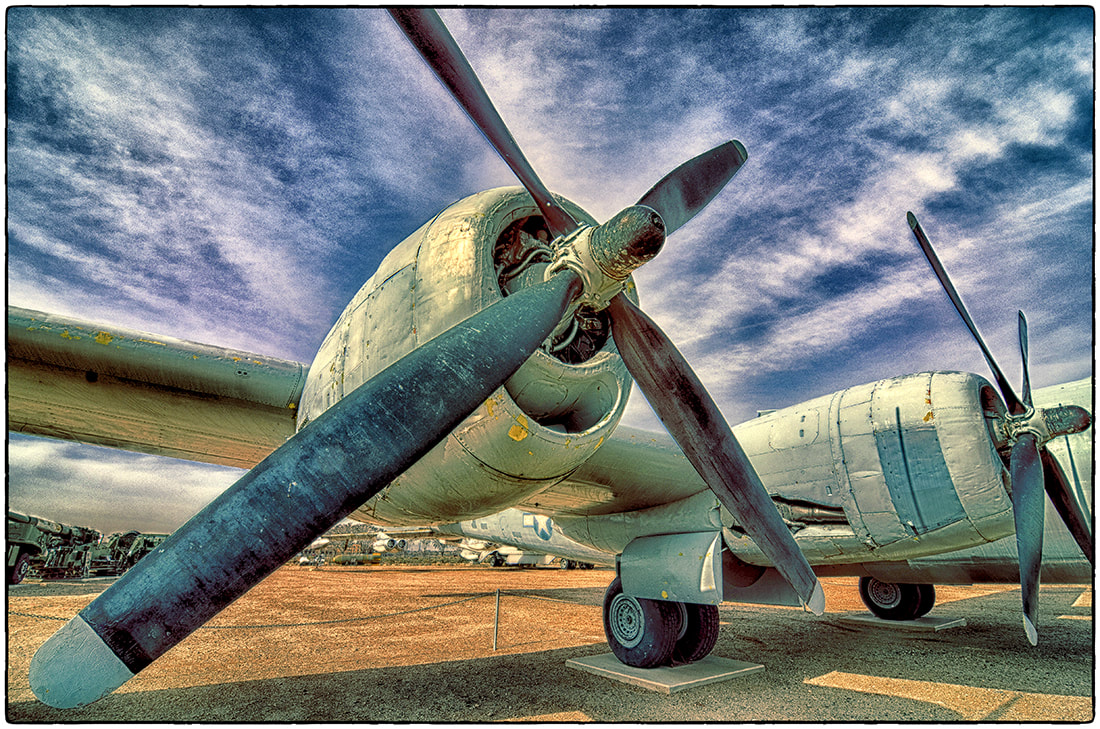 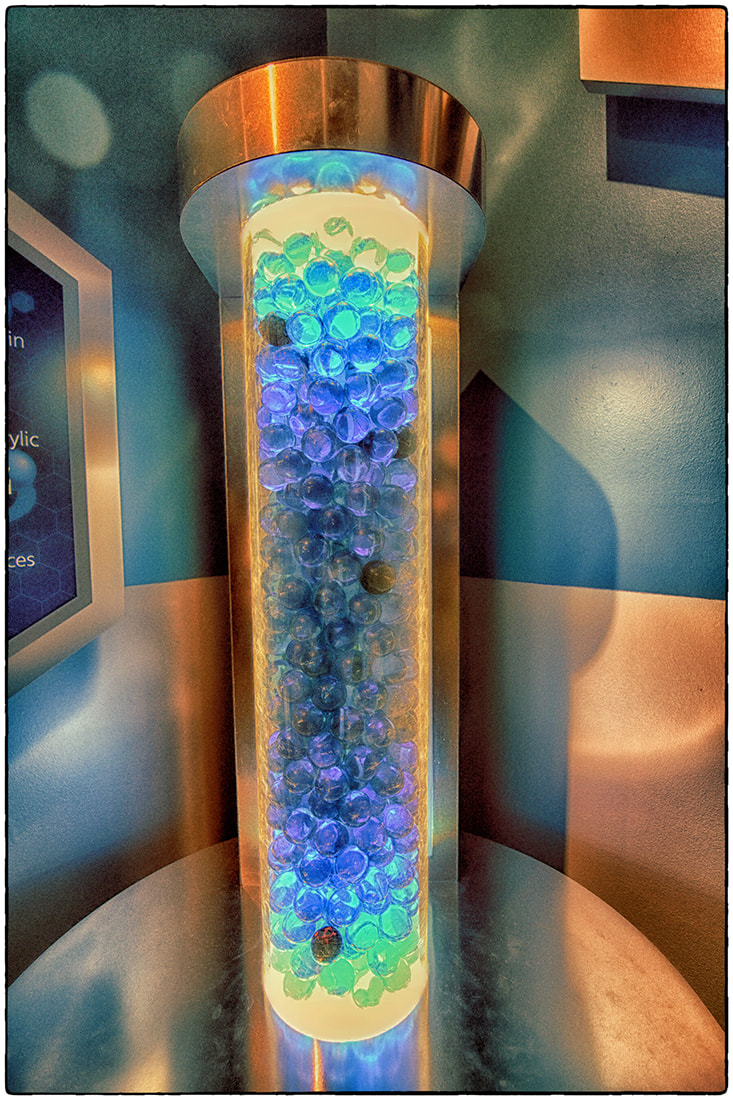 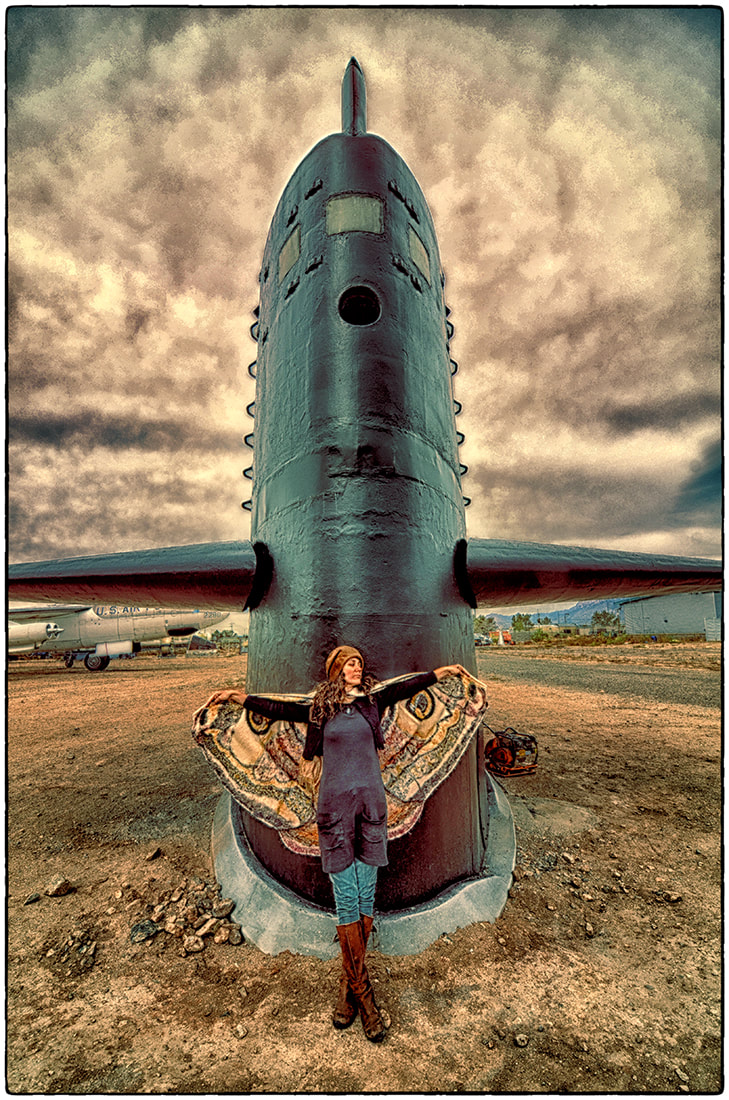