Moving Landscapes: Photos through the windshield 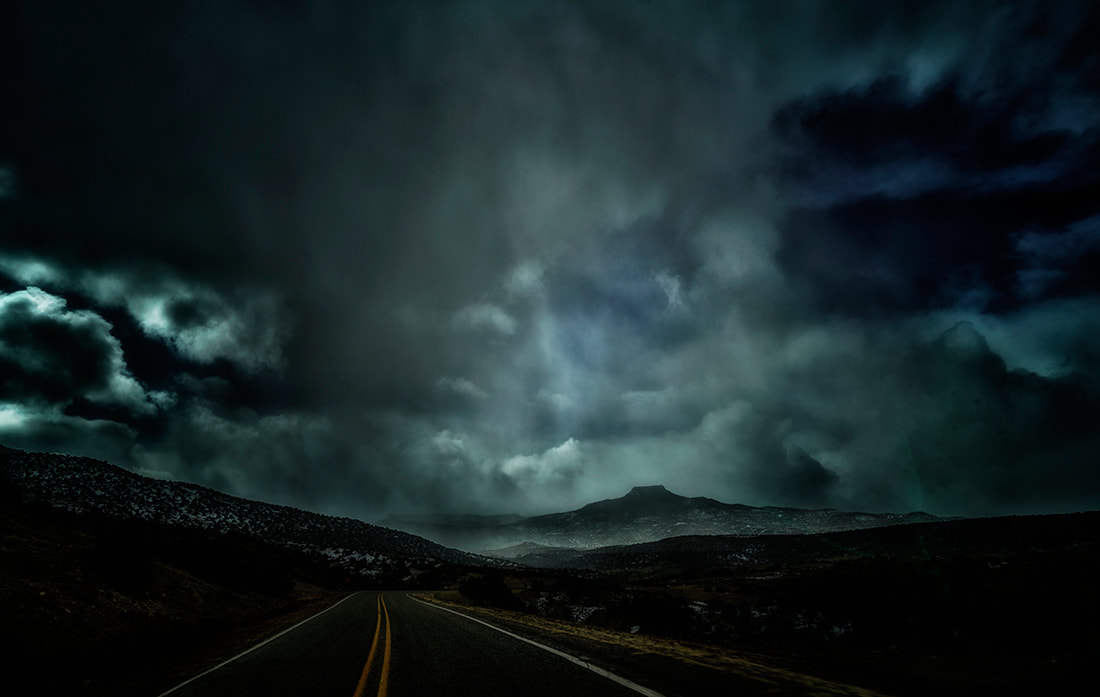 I spend a lot of time driving the roads of New Mexico. Since I see a lot of scenes that appeal to me on these drives, but often don't have the time to stop and photograph them, I decided to mount my Sony camera on a Leitz tabletop tripod onto the dash of my Nissan truck and via a remote trigger, be able to photograph scenes I would see through the windshield.

The remote trigger is Velcroed to the steering wheel and when I see a scene I want to capture in front of me, I just have to push a button. I'm using an 18mm Zeiss ful frame lens on my Sony and it pretty much resembles what I am seeing with my eyes.

I've got a full spectrum of photos from this series, but am most pleased with the dark, moody images such as the one of Cerro Pedernal (above) taken during stormy weather while driving past Abiquiu Dam on Highway 96.

During my numerous years of being a photographer, I've accumulated a large number of images I refer to as OTR (On The Road). They have been taken from motorcycles and trains, but this is the first time I've mounted a camera in a vehicle.

I've taken a lot of OTR photos while being a passenger in a vehicle, and it offers the ability to take photos out the side windows, which the dash-mounted camera doesn't afford. But when I'm driving, the dash mounted camera is a safe way to take photos without have to pay any attention to the camera at all. 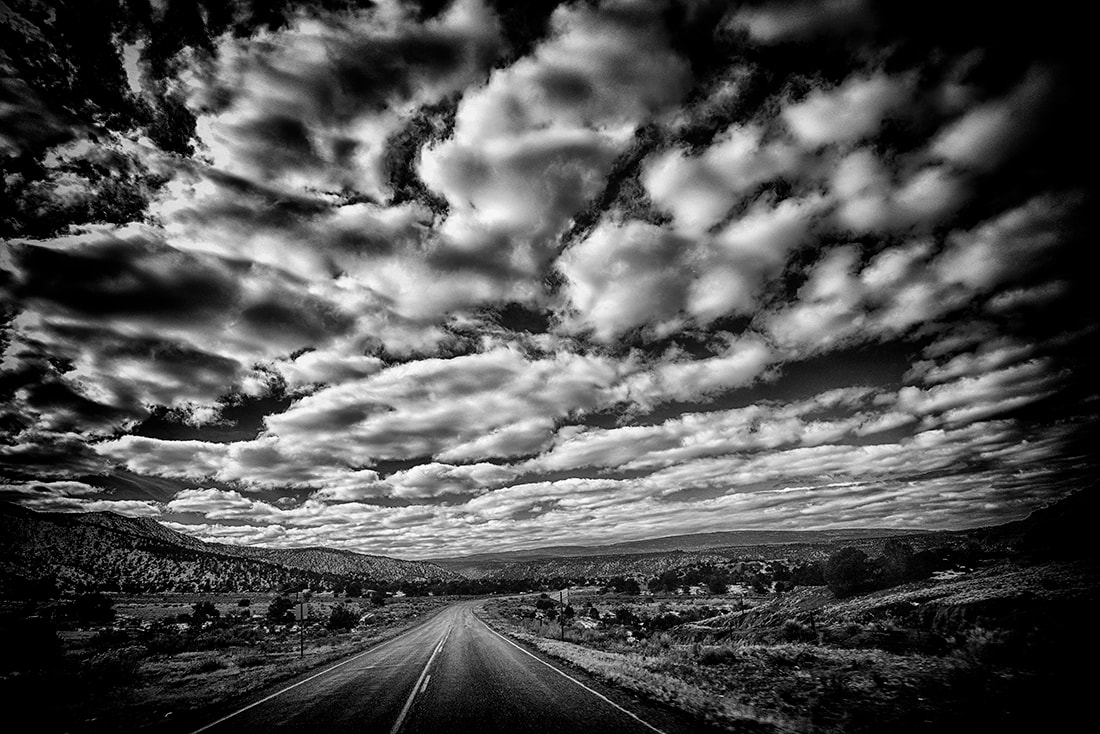 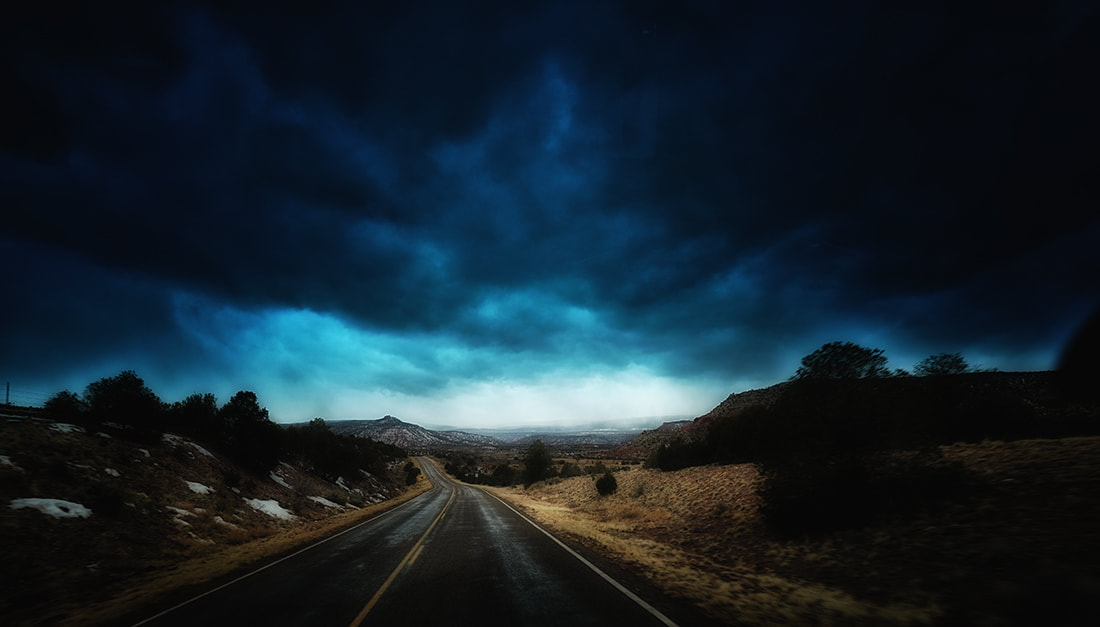 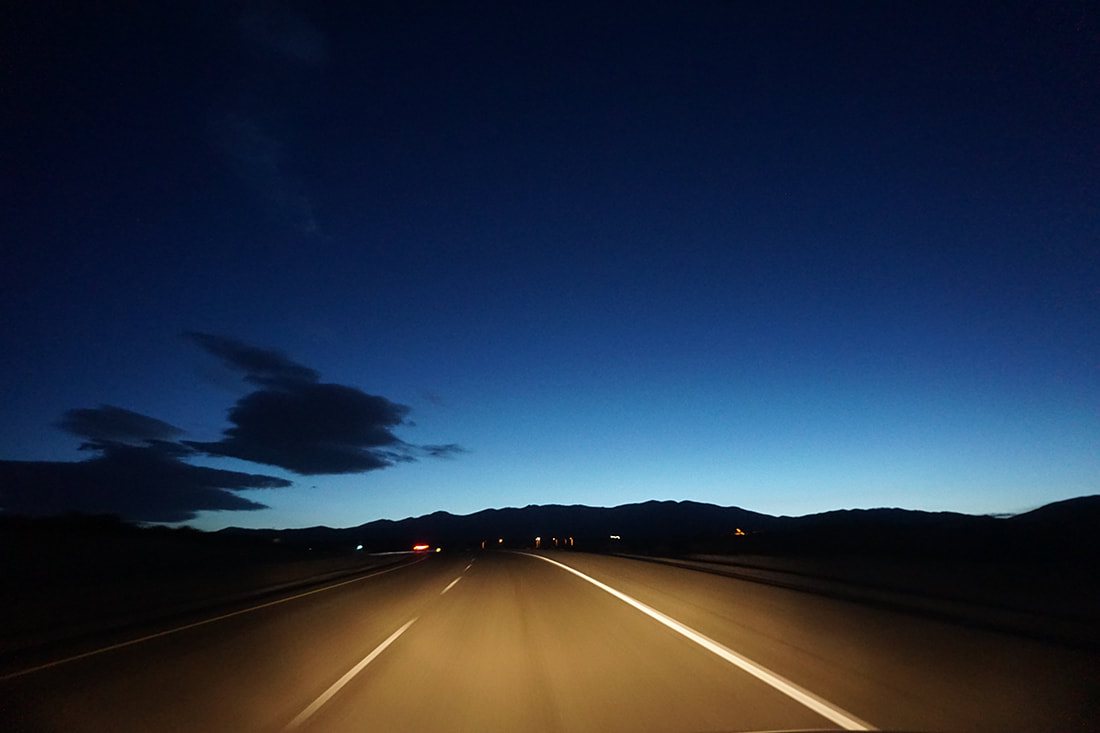 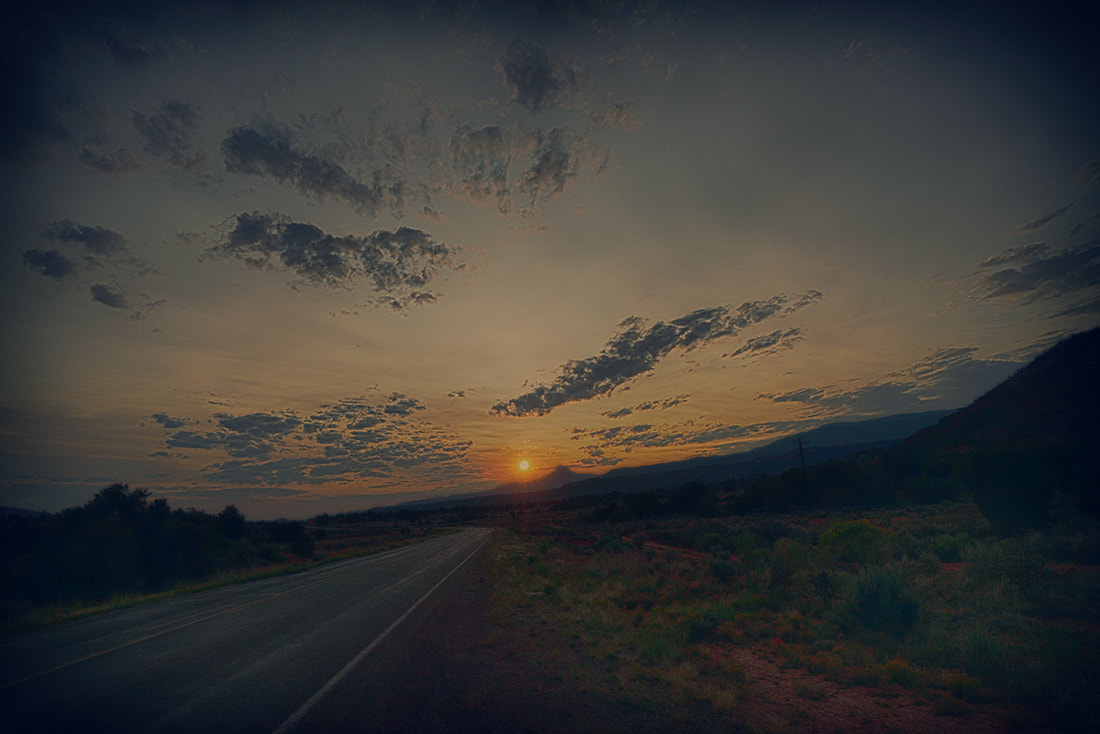 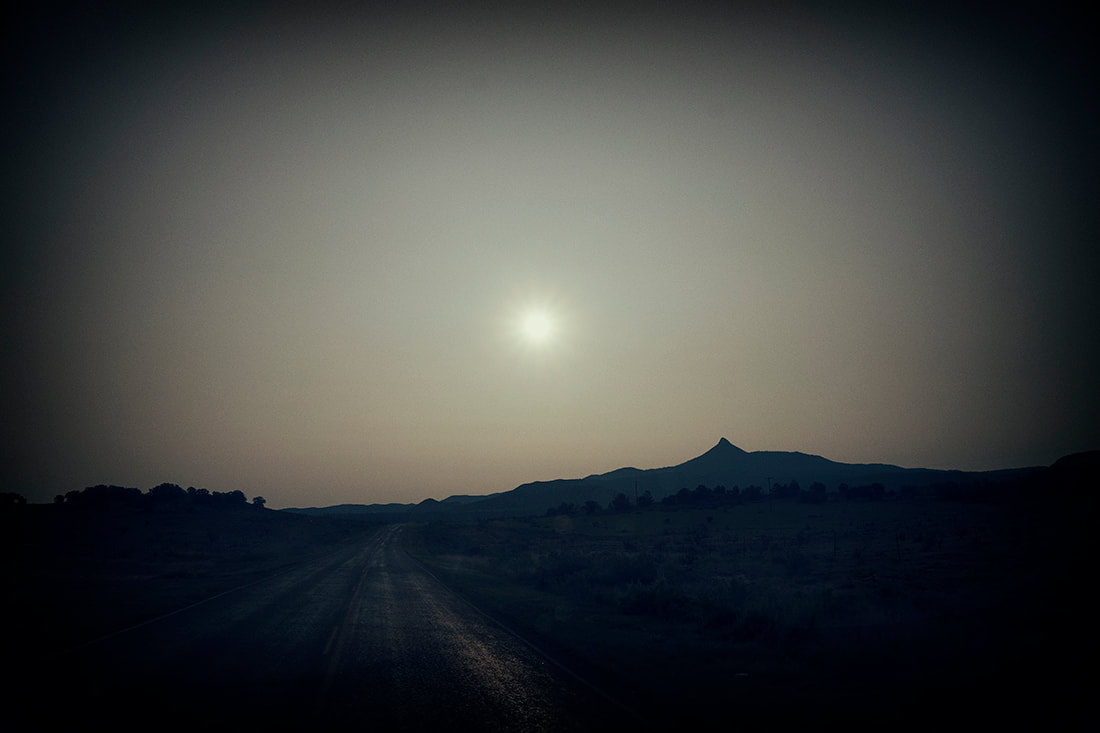 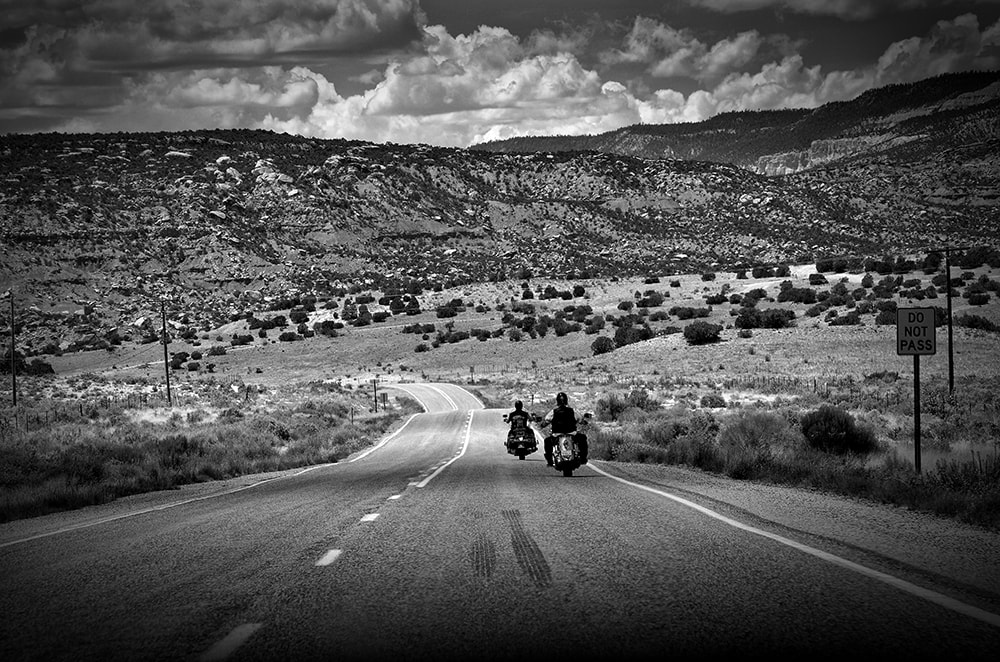 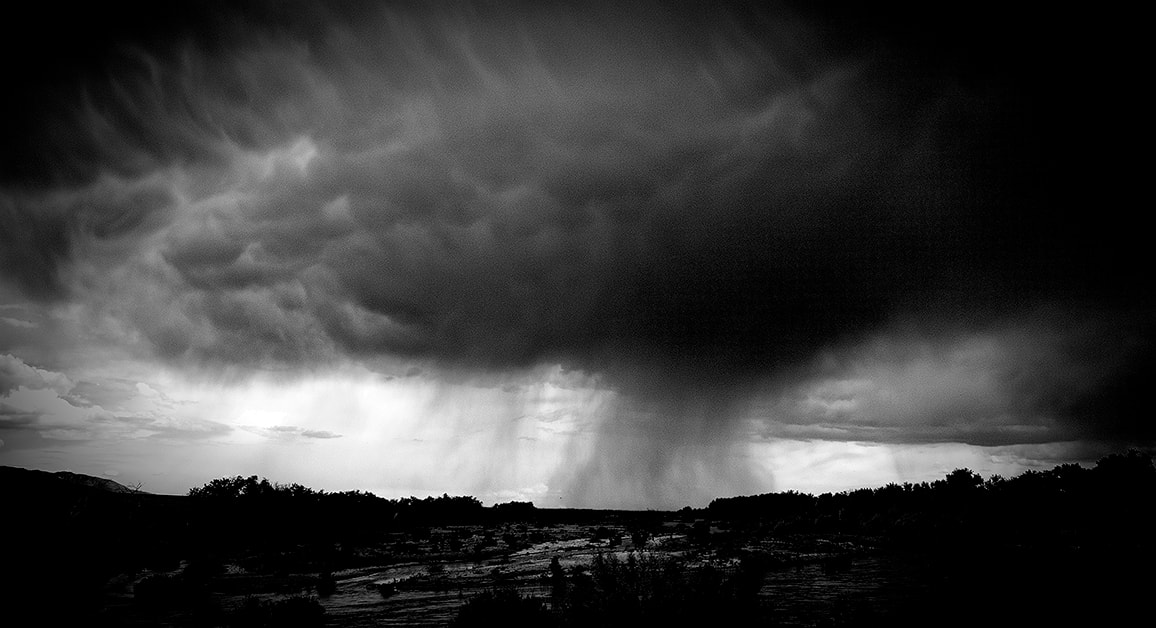 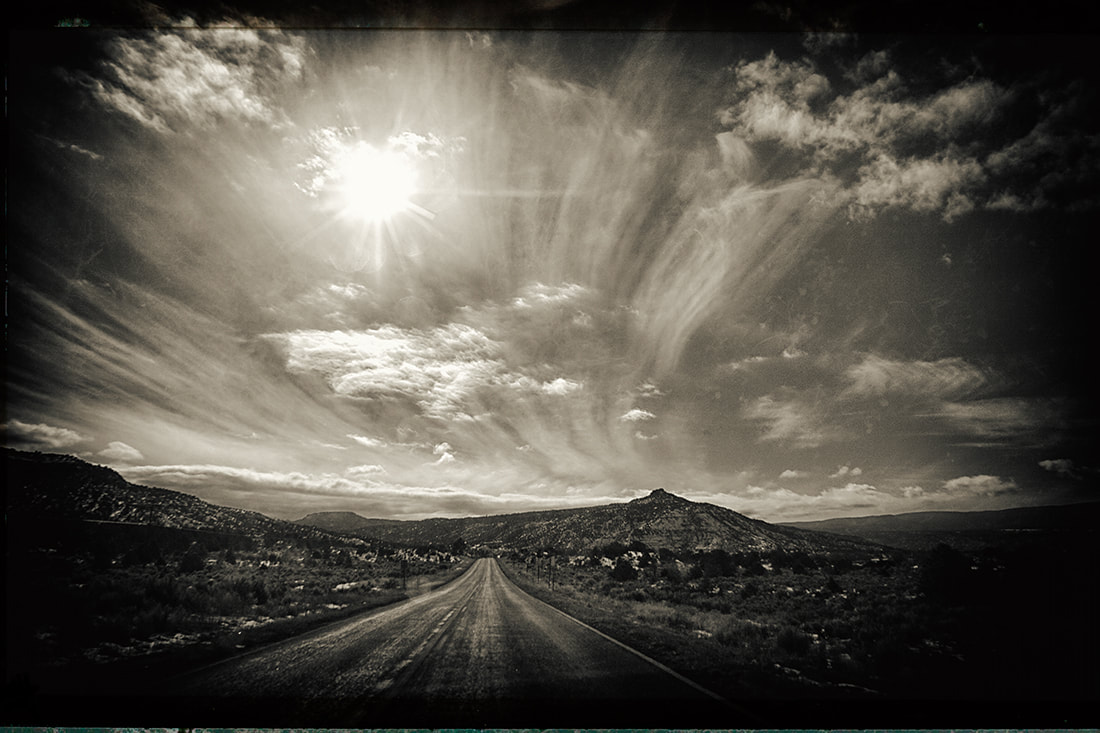 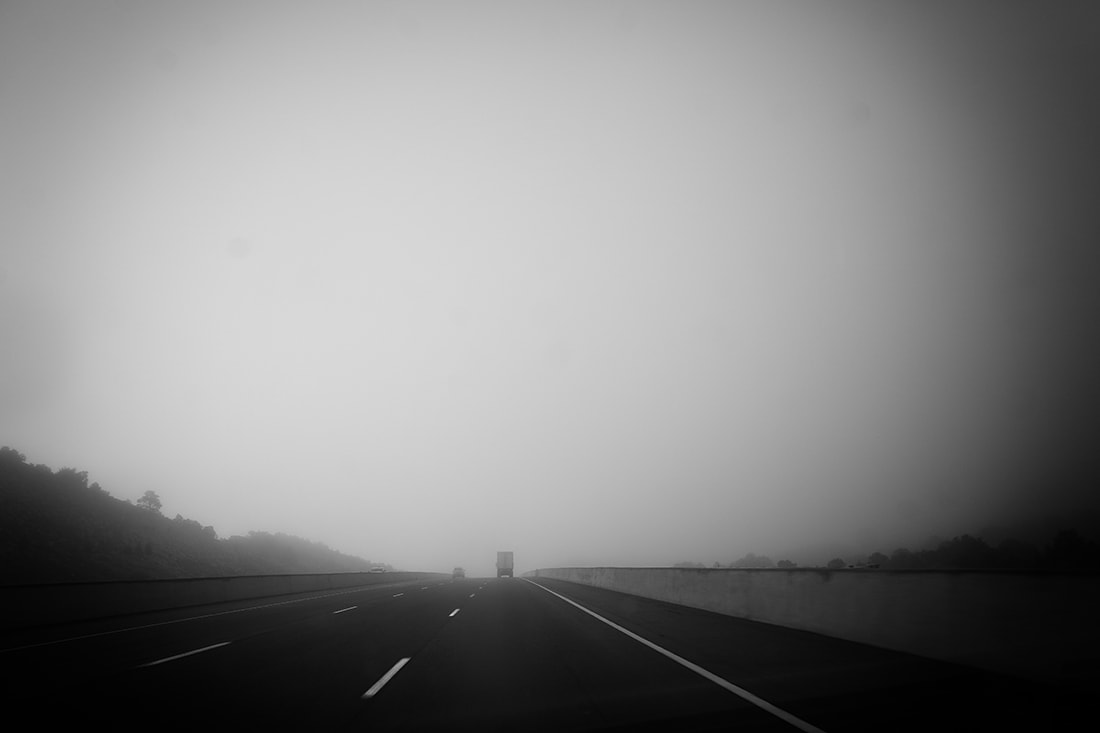 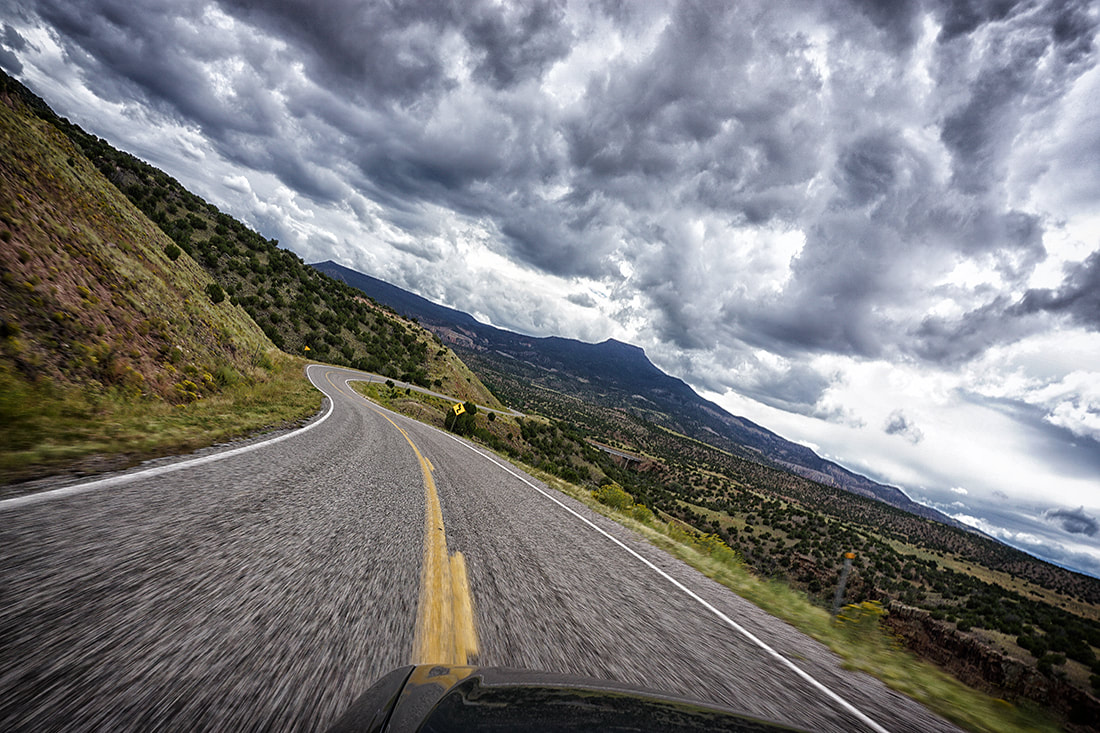 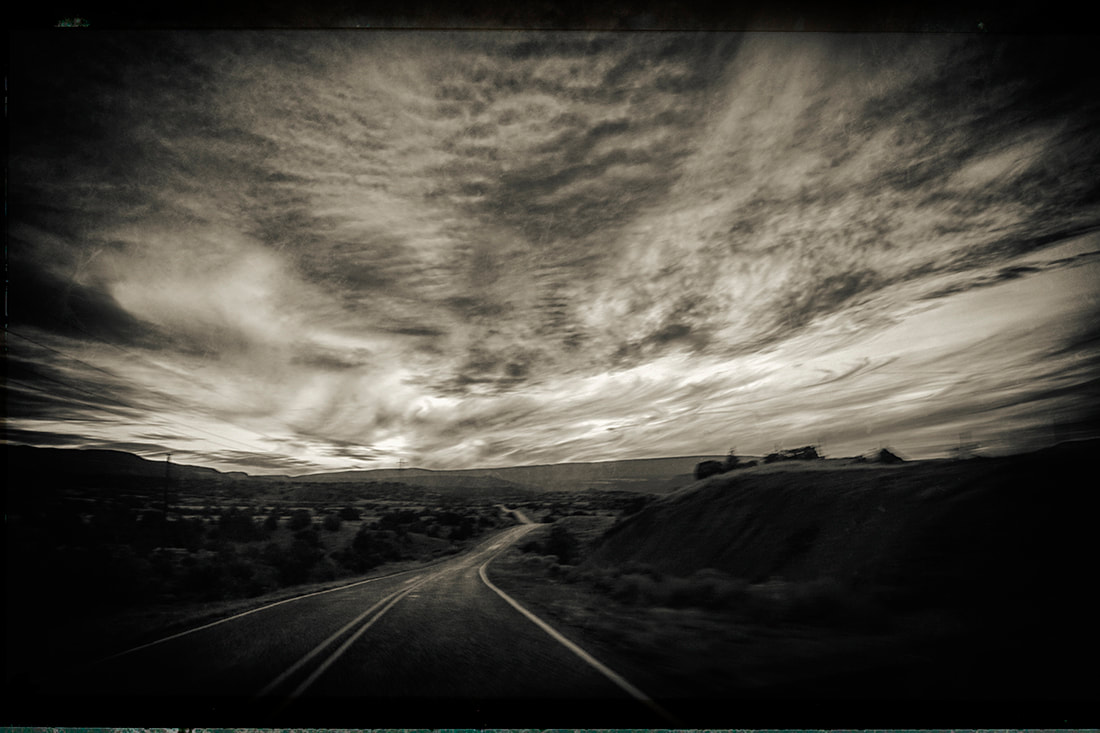 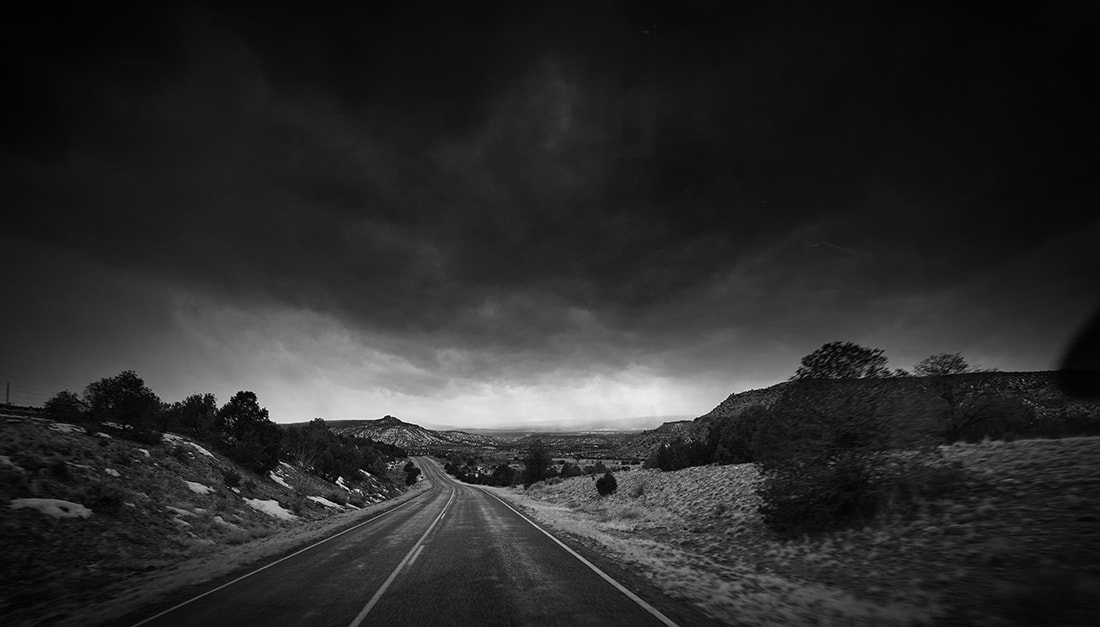 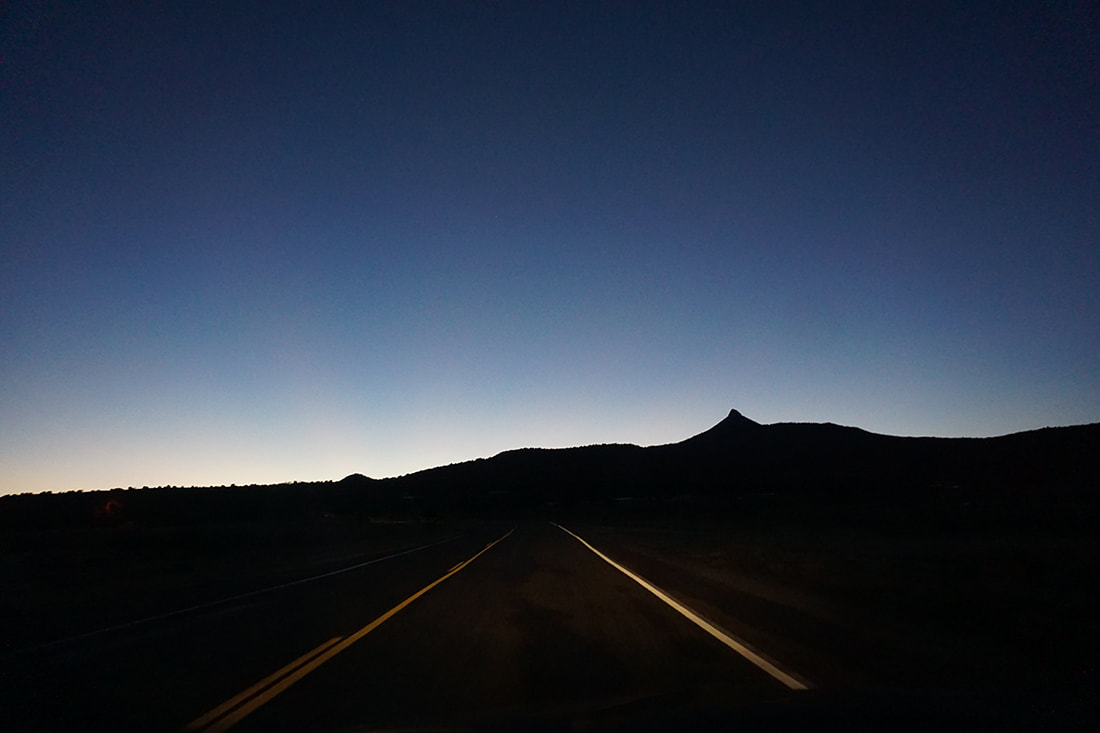 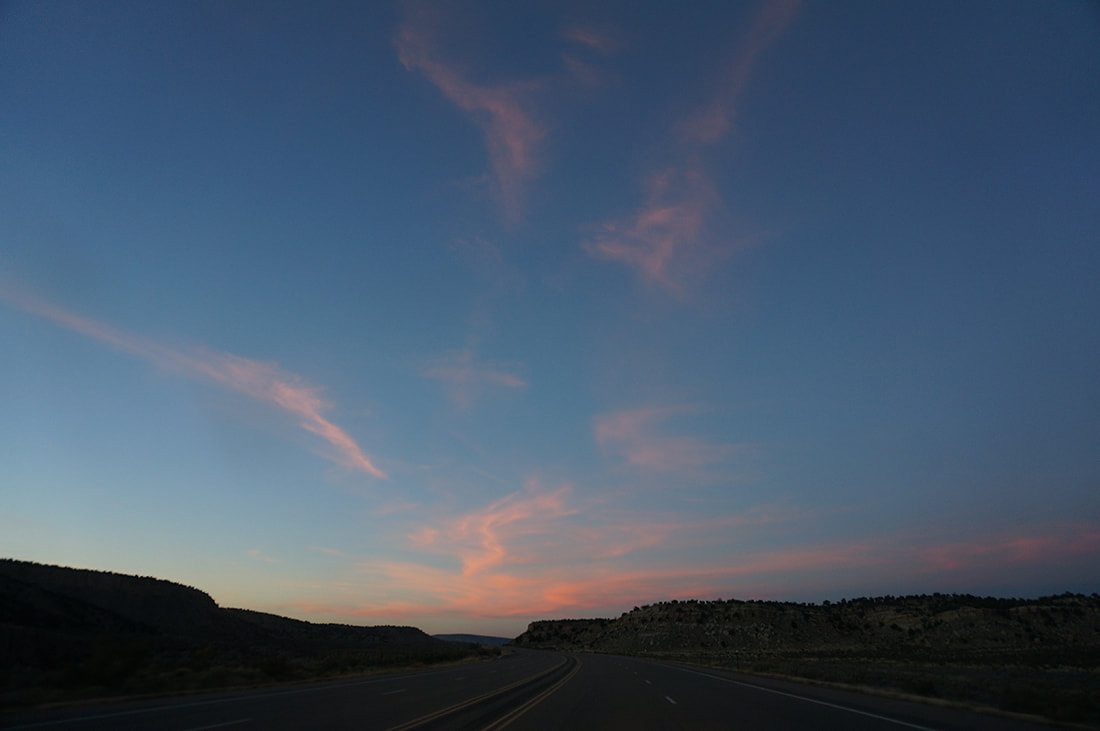 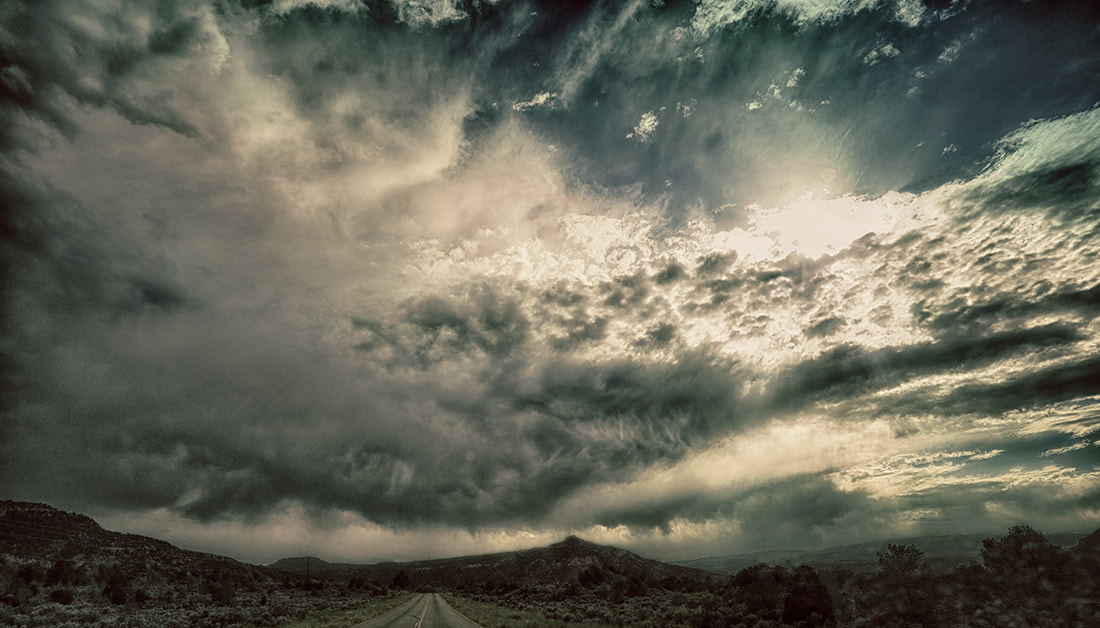