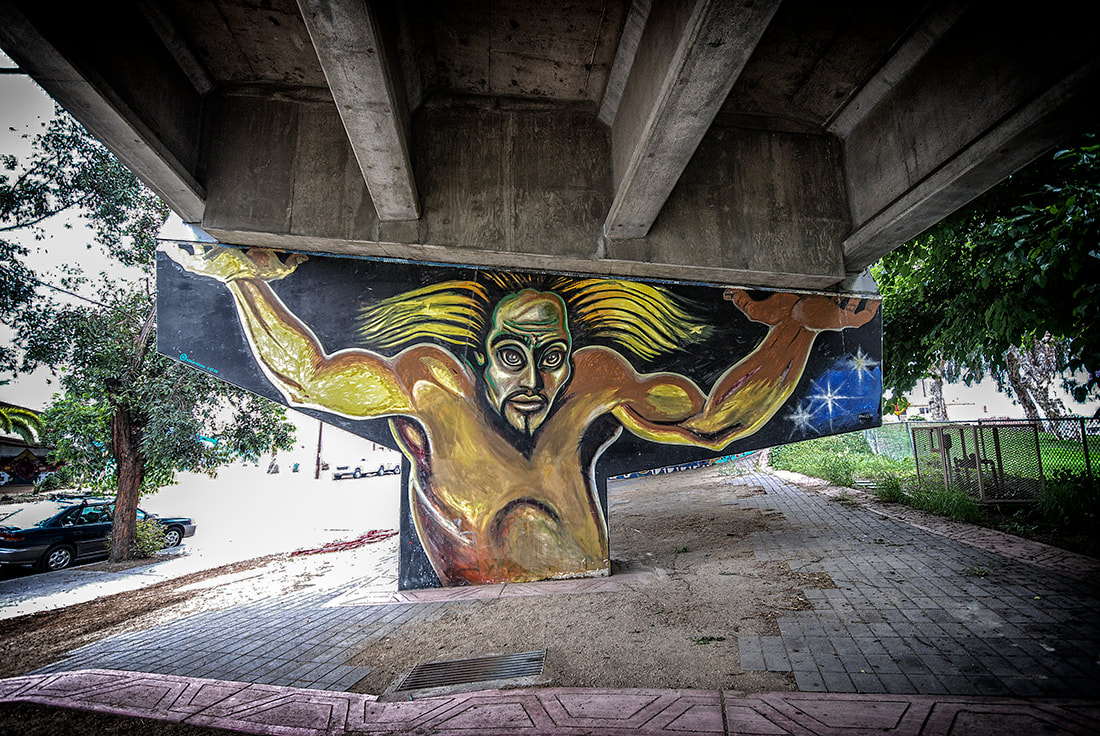 I really enjoy murals. Public art is like the epitome of democracy in the art world. It’s out there for anyone to see. You don’t have to pay museum admission or put up with an arrogant art gallery sales person. The murals are there for you when you want to visit.

I’ve seen murals in Mexico, Canada, Los Angles and Oakland and New York and Chicago and Detroit and San Francisco, all over New Mexico among other places, but the murals in an area of East San Diego hold a deep attraction for me.

Accoorcing to the National Register of Historic Places, the Chicano Park in San Diego is the largest collection of outdoor murals in the United States.

The park is a 7.4 acre community space in the city’s Barrio Logan neighborhood established in 1970 and designated a National Historic Landmark in December 2016.

You can read all about the park’s history in the Summer 2017 issue of Preservation magazine: like how constructing that Interstate 5 and San Diego-Coronado Bay Bridge intersection led to the displacement of so many Barrio Logan residents, and how Chicano Park was formed underneath that intersection after a peaceful 12-day occupation by those residents who remained.

I was in San Diego at the time, in between trips to Haiti and back, and happened to have a friend who was heading down to see that original occupation. I took a few pictures of people during the occupation, but there wasn't much mural painting at that time. That came later.

The murals are painted on the bridge pylons that tower over the park. The murals were not created just a way to beautify a park space in an unlikely location. They were created to commemorate the struggle to create the park and to reclaim the space for the neighborhood. They depict different aspects of Chicano culture, including historical events, Mesoamerican influences, and mythology. There are plant and animal imagery and scenes of revolutionary struggles. Some murals touch on themes of immigration and feminism. Others depict important historical figures and civil rights leaders—Che Guevara, Pancho Villa, Cesar Chavez, Frida Kahlo.

“These murals have been created by local, state, regional, and pretty much internationally known artists,” said Josephine Talamantez, who was among the group of protestors back in 1970 and who has since led the Chicano Park Steering Committee and submitted the application for National Historic Landmark status.

She mentioned one artist in particular — Salvador Torres, who was a longtime Barrio Logan resident. Torres’ family house was one of many lost to the freeway construction.

“He began walking through [the park] and saw how drab everything was,” Talamantez said. “But he saw those pylons, those pillars, and he thought about how beautiful it could look if some color came into it. He began envisioning this.” 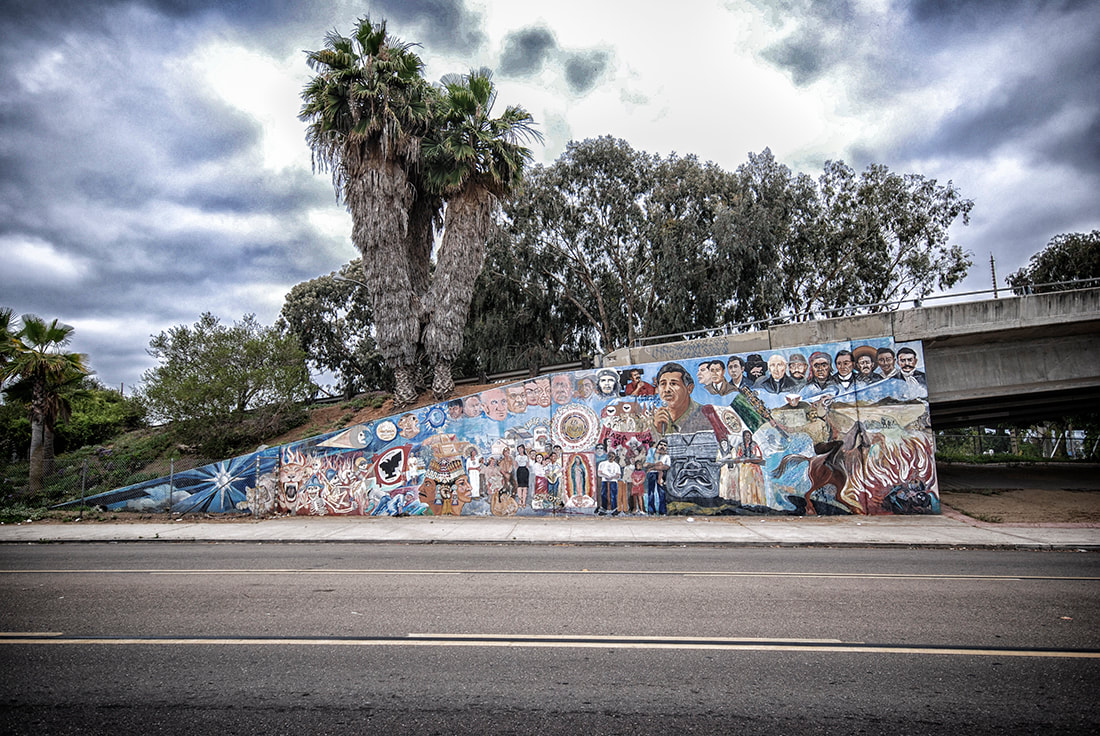 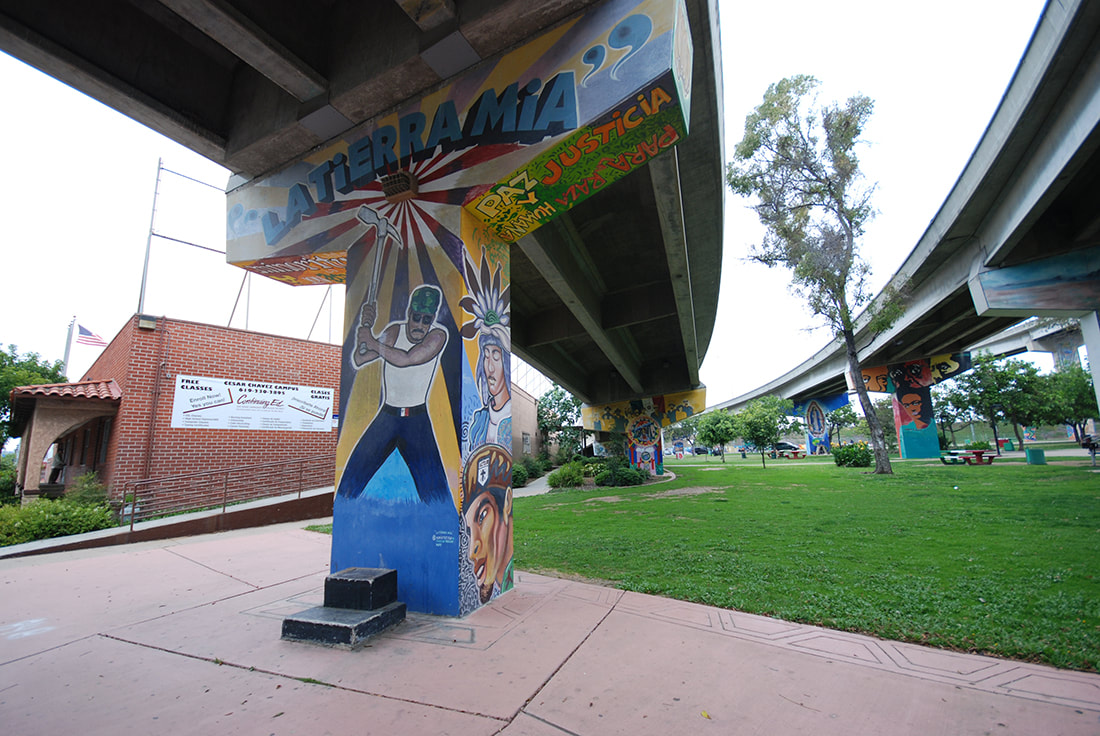 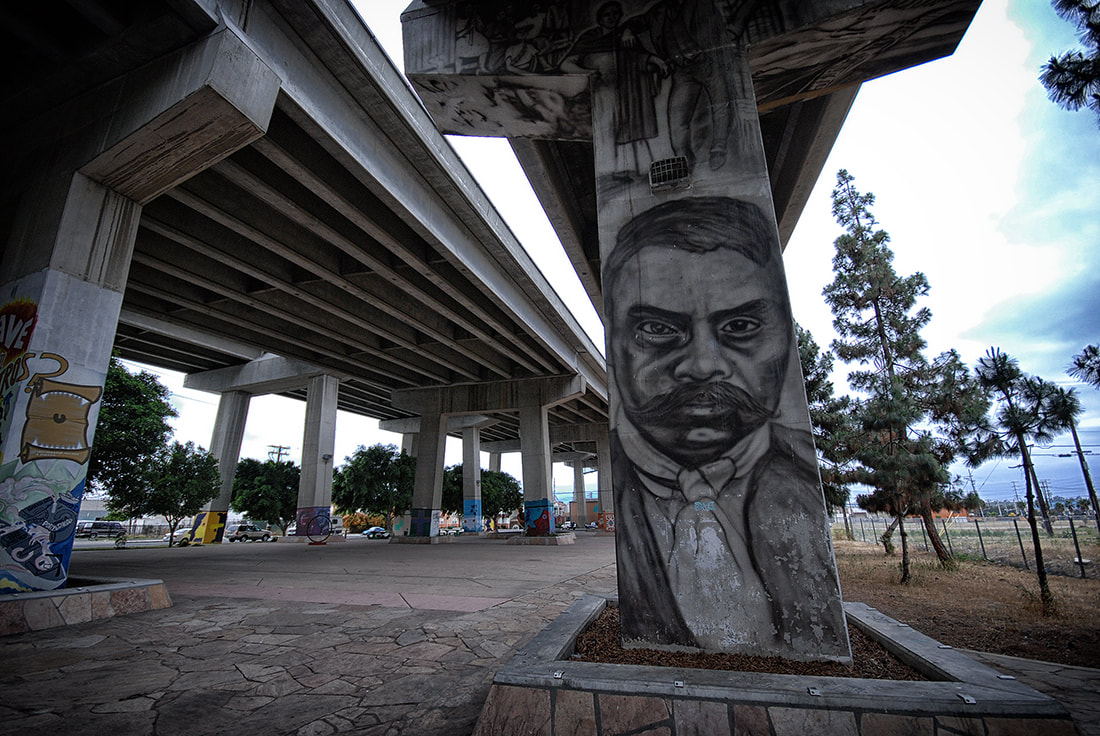 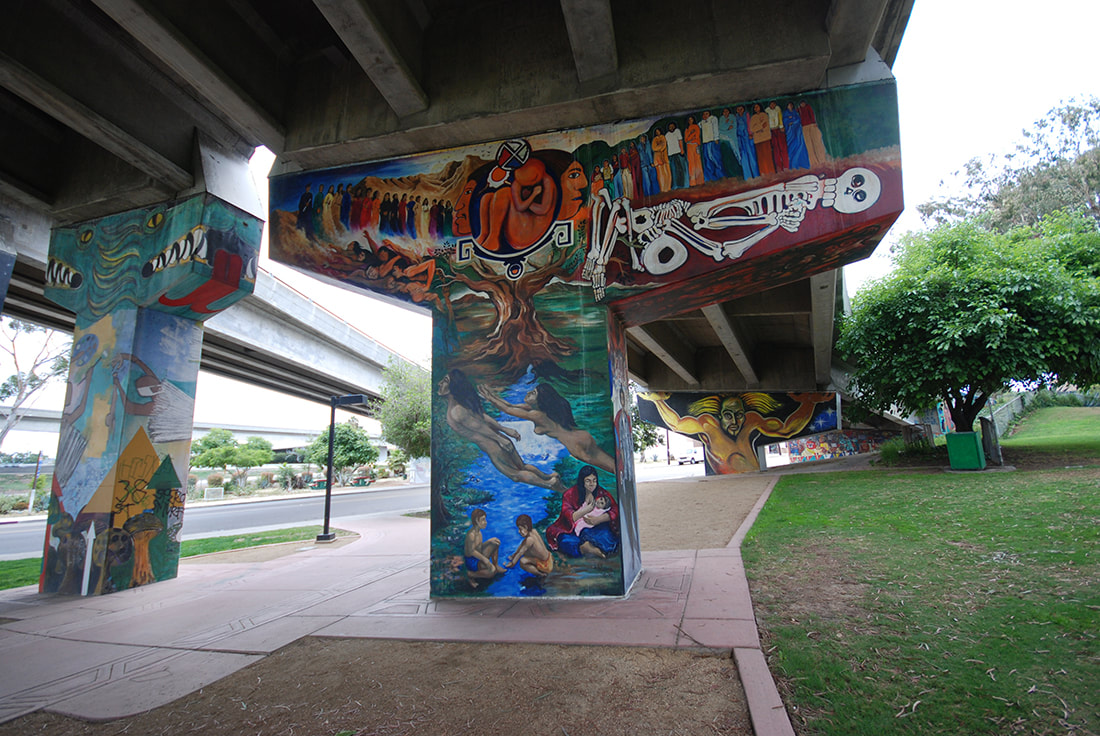 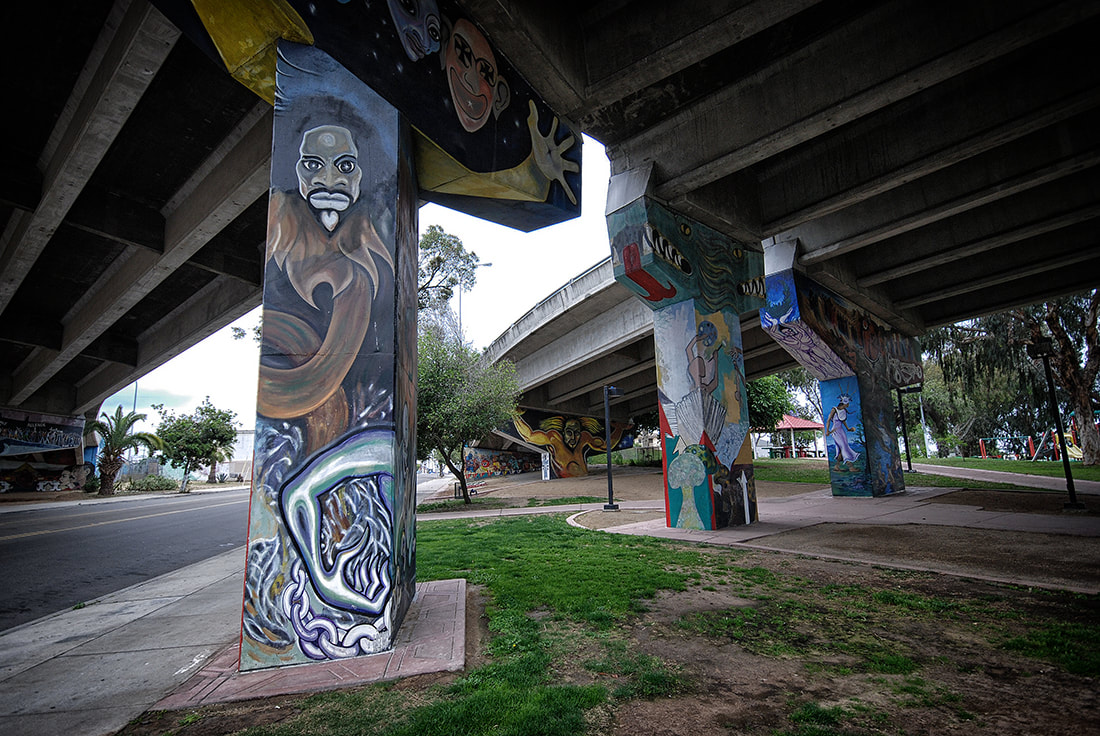 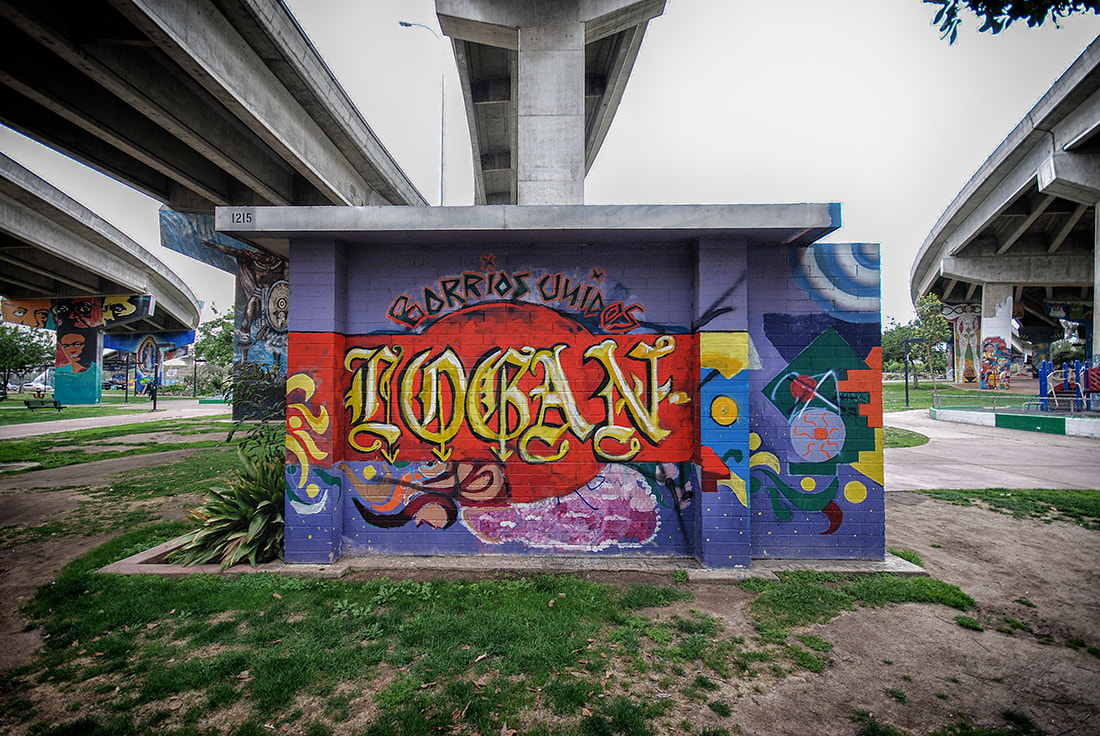 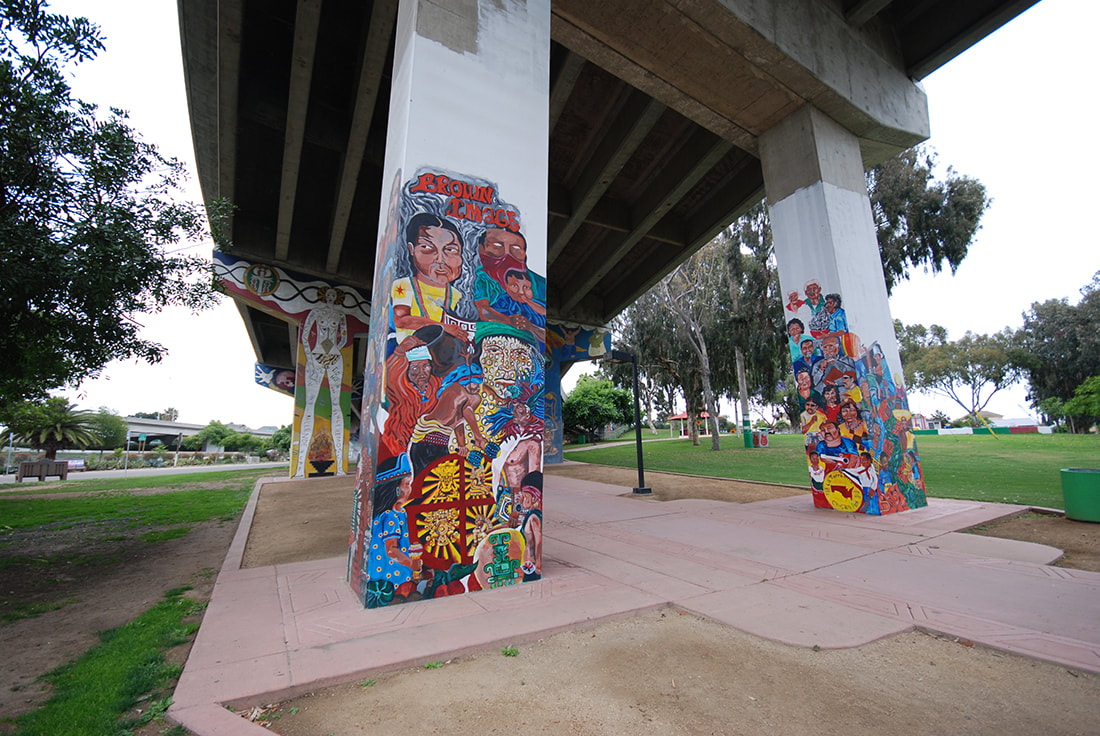 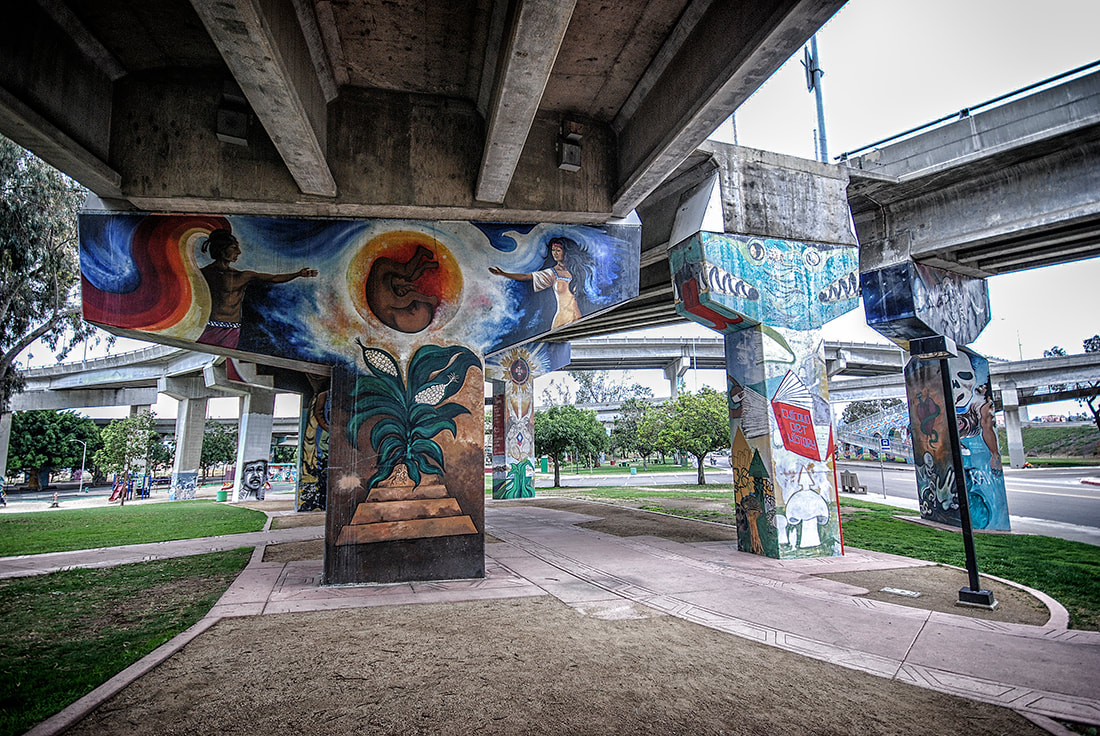 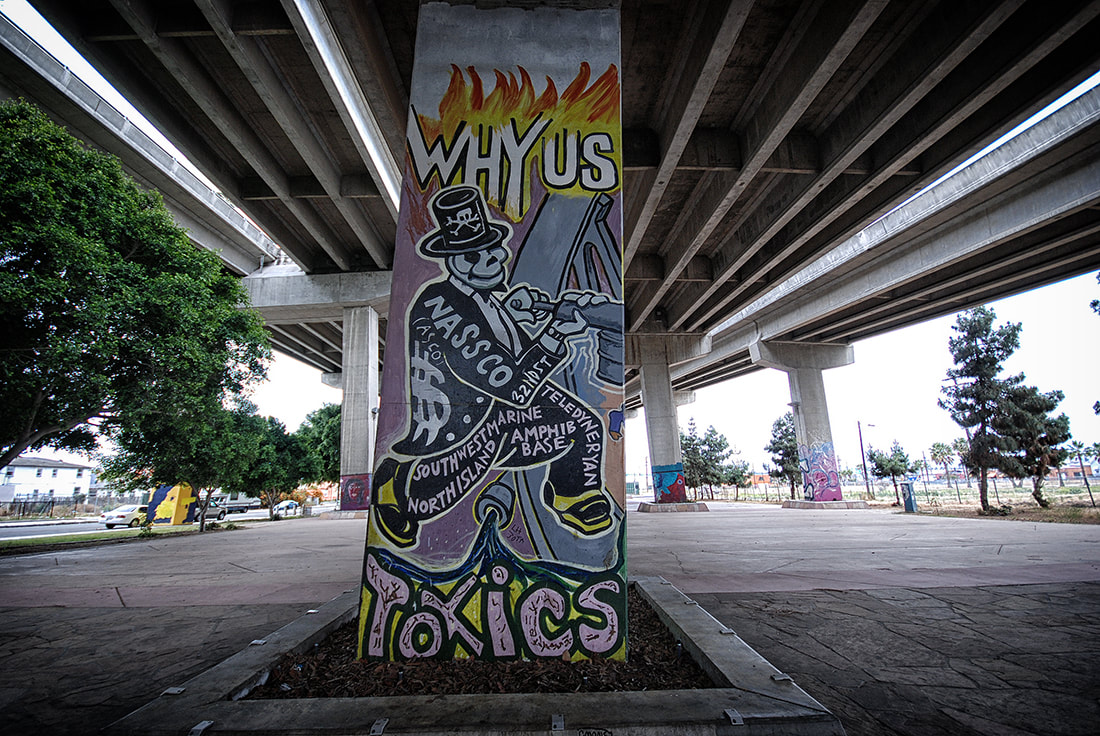 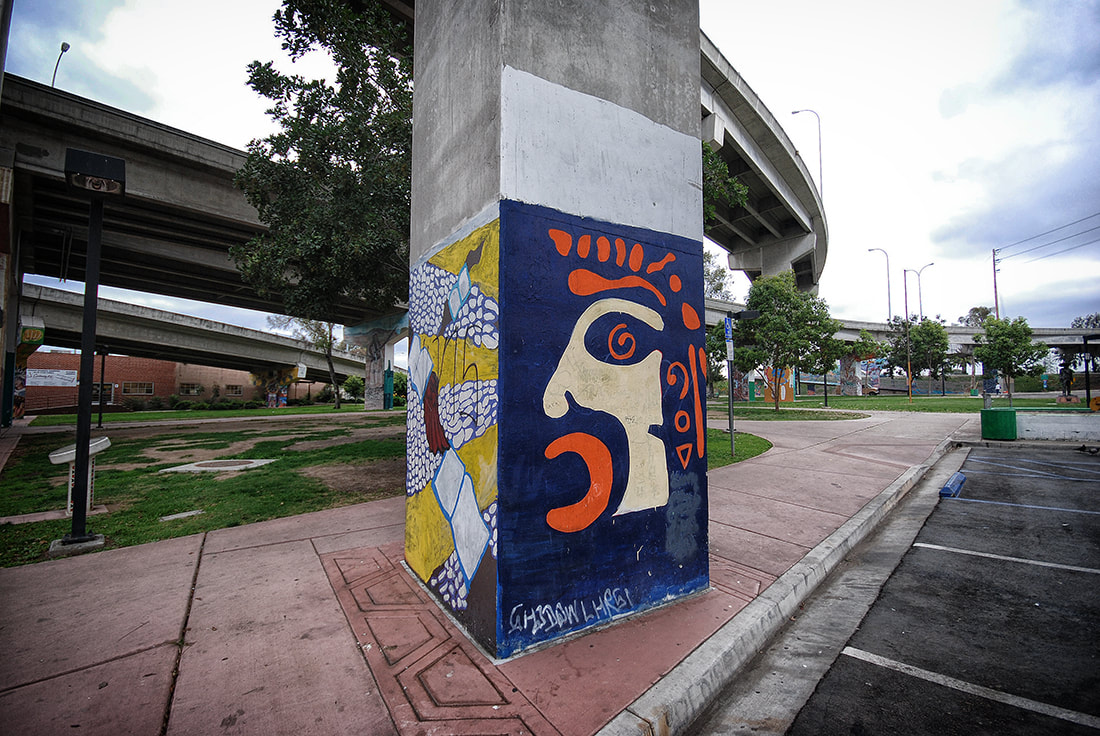 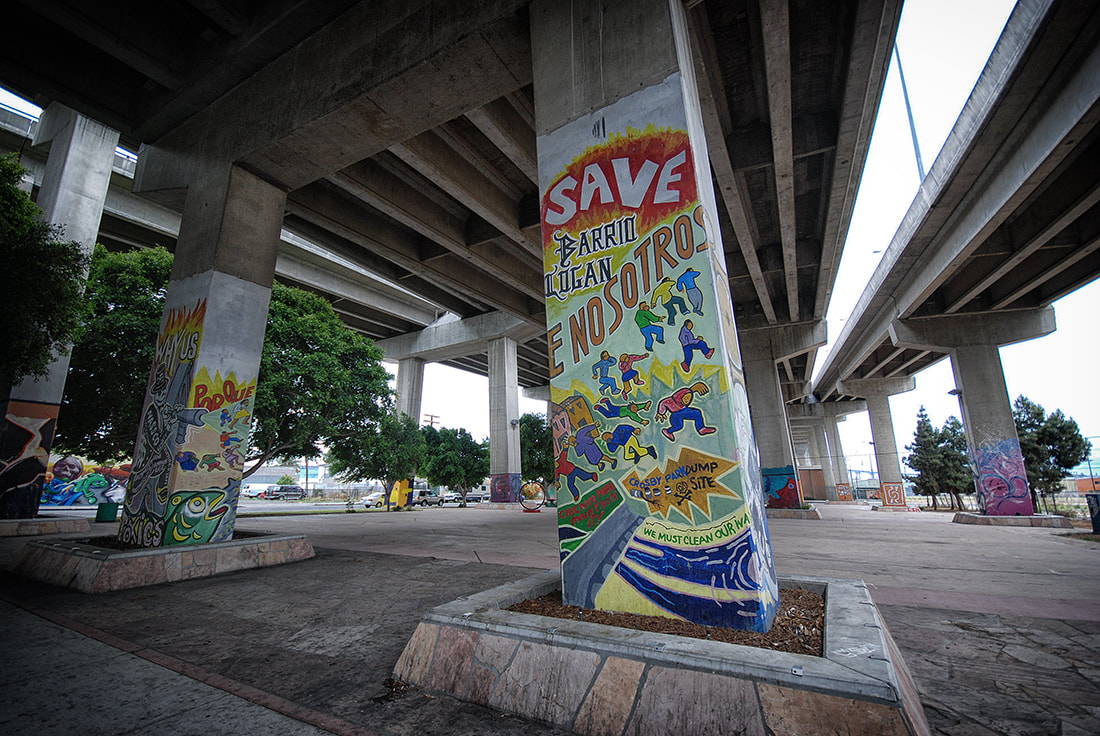 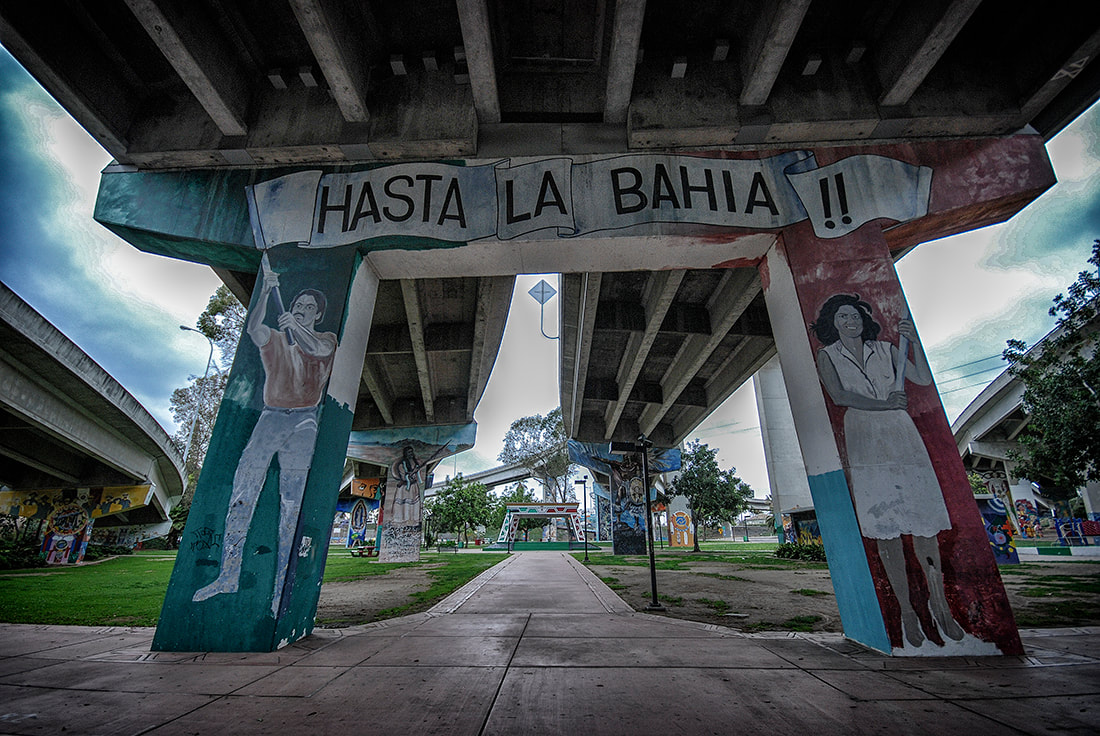